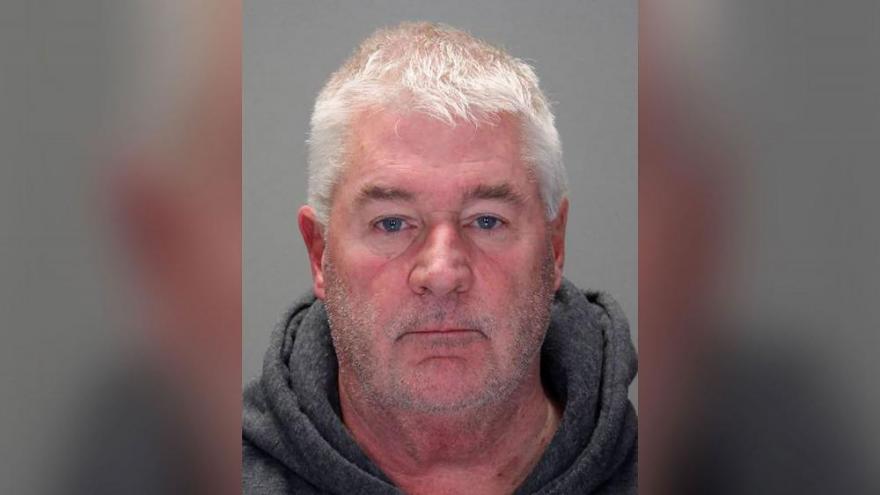 Top New York state legislator Brian Kolb was charged with driving while intoxicated on New Year's Eve after urging his constituents not to drink and drive around the holidays. CREDIT: Ontario County Sheriff's Office/AP

(CNN) -- A top New York state legislator was charged with driving while intoxicated on New Year's Eve after urging his constituents not to drink and drive around the holidays.

A deputy found Kolb alone in the vehicle in a ditch in front of his residence, the sheriff said. There were no injuries, according to Henderson.

Kolb was arrested around 10 p.m. and taken to the Ontario County Jail for processing, the sheriff said. Kolb's blood alcohol content was over .08%, according to the sheriff.

The vehicle was a 2018-GMC Arcadia registered to the state — same as the SUV given to Kolb last year, according to a Daily News' report.

Kolb apologized Wednesday and took responsibility for what he called a "terrible lapse in judgment."

"Last night, I was charged with driving under the influence near my home. This was a terrible lapse in judgment, one I have urged others not to make, and I take full responsibility for it," he said in a statement after the crash. "I want to offer sincere apologies to my family, friends, colleagues, and the people of the 131st Assembly District. I fully recognize the severity of the situation and I am profoundly sorry."

"There is no excuse and no justification for what occurred Tuesday evening. I made the wrong decision, and it is one I deeply regret," he added.

In a weekly column published before Christmas, Kolb argued, "There is no excuse for impaired driving."

"Many of our holiday traditions, especially our New Year's Eve celebrations, involve indulging in spirits. Done safely, and in moderation, these can be wonderful holiday experiences. However, tragedy can be only one bad decision away," he wrote.

"We're doing this the right way that that there's no appearance of impropriety," Ritts said.