New York adult diagnosed with polio, first US case in nearly a decade 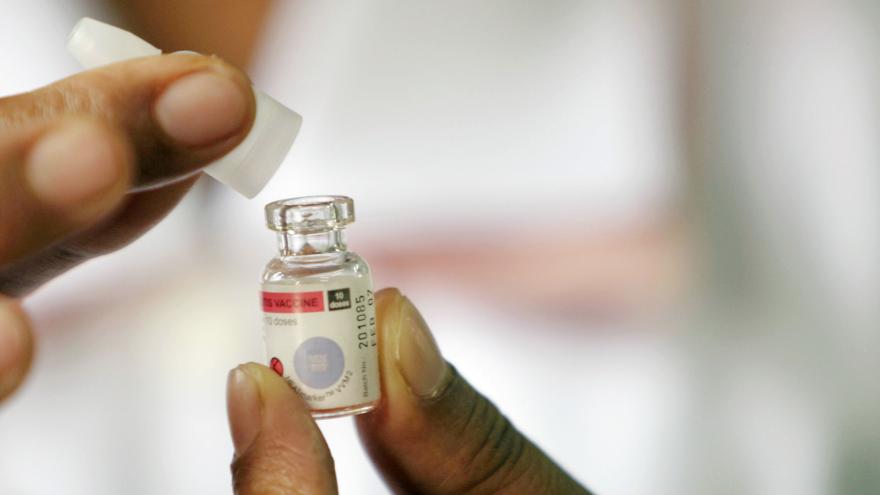 (CNN) -- A person from Rockland County, New York, has been diagnosed with polio, the first case identified in the United States in nearly a decade.

The case comes nearly a month after the UK Health Security Agency warned that it had detected poliovirus in its surveillance of London sewage samples, indicating that there had been some spread between closely linked individuals in North and East London, although no cases had been identified there.

Polio is an infection caused by the poliovirus. About 1 in 4 infected people have flu-like symptoms including sore throat, fever, tiredness, nausea, headache and stomach pain. As many as 1 in 200 will develop more serious symptoms that include tingling and numbness in the legs, an infection of the brain or spinal cord, and paralysis, according to the US Centers for the Disease control and Prevention.

There is no cure for polio. Treatment to address symptoms may include medication to relax muscles and heat and physical therapy to stimulate muscles. However, any paralysis caused by polio is permanent.

"This patient did present with weakness and paralysis," Schnabel Ruppert said.

This is the first polio case diagnosed in the United States since 2013, according to the New York Department of Health.

State and county health officials are advising health-care providers to stay vigilant for additional cases, and they are advising county residents to get vaccinated for polio.

"The risk to an unvaccinated community member from this event is still being determined," Ruppert Schnabel said. "We strongly advise anyone who's unvaccinated to get vaccinated."

Polio vaccine is part of the CDC's standard immunization schedule and is required for school attendance. People who are vaccinated are not expected to be at risk.

The New York case was identified as a revertant polio Sabin type 2 virus, indicating that it was derived from someone who received the oral polio vaccine, which contains a live but weakened form of the polio virus.

Officials say this suggests that the virus originated outside the US, where the oral vaccine is still administered, but they are investigating the origins of this particular case.

Health officials said Thursday that the person had not traveled outside the US before or after they were diagnosed.

Typically, people who catch polio can spread it to others for about two weeks. Officials said the individual is not expected to be contagious right now because they are past that window of time and have normal immune function. But others may have been exposed before the case was diagnosed.

The oral polio vaccine is no longer authorized for use in this country. In the US, only the inactivated polio vaccine has been given since 2000.

A person cannot get polio from the vaccine itself, but in recent years, cases of polio linked to shedding from the oral vaccine have arisen in communities that have low vaccination rates. Health officials think the strain of virus the individual contracted originated this way.

When this weakened strain of the virus circulates in under-immunized populations -- typically in areas with poor sanitary conditions -- the virus can acquire mutations and revert to a form that causes paralysis. These vaccine-derived viruses are different from wild polioviruses, which now circulate only in Pakistan and Afghanistan.

Rockland County is home to an ultra-Orthodox Jewish community in which vaccination rates have historically been very low. In 2018 and 2019, Rockland County was the epicenter of a major measles outbreak that continued for nearly a year and sickened 312 people. County health officials reported at the time that only 8% of people there had been vaccinated against measles, mumps and rubella before the outbreak began.

"Based on what we know about this case, and polio in general, the Department of Health strongly recommends that unvaccinated individuals get vaccinated or boosted with the FDA-approved IPV polio vaccine as soon as possible," State Health Commissioner Mary T. Bassett said in a statement Thursday. "The polio vaccine is safe and effective, protecting against this potentially debilitating disease, and it has been part of the backbone of required, routine childhood immunizations recommended by health officials and public health agencies nationwide."

Polio cases were once common in the United States and around the world. During one of the most severe outbreaks in 1952, the virus infected 58,000 people in the US, paralyzed more than 21,000 and killed more than 3,100. However, vaccination campaigns cut cases dramatically. The last naturally occurring case of polio in the US was in 1979.