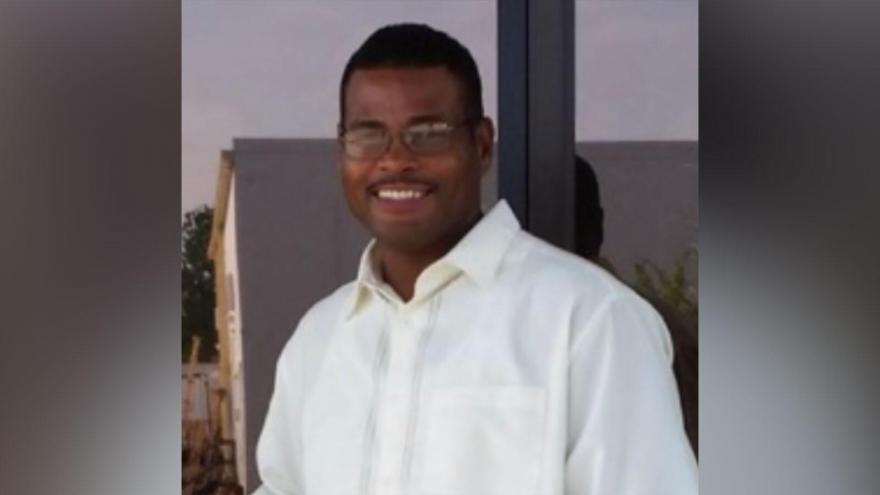 Video shows Ronald Greene was tased, kicked and punched by LSP officers before he died in their custody in 2019.

(CNN) -- Newly released videos show the sequence of events that led to the death of Ronald Greene, a Black man, in Louisiana in 2019, offering a graphic account of an encounter with the state police that has drawn fresh attention this week.

Louisiana State Police (LSP) released the footage -- nine body camera and dash camera videos -- on Friday after portions of at least two videos were reported on by the Associated Press this week. Greene's death has been under investigation for two years.

The footage comes from cameras that were used by Lt. John Clary, Trooper Chris Hollingsworth, Trooper Kory York and Trooper Dakota DeMoss, who are White.

Greene's family said they were told by LSP that Greene died in a car crash, but the videos tell a different story of what happened on the night of May 10, 2019, near the city of Monroe.

According to the LSP's initial report of Greene's death, Greene led troopers on a vehicle chase and then crashed his vehicle outside Monroe. Troopers had tried to pull him over for a traffic violation in Monroe, a separate LSP crash report states.

Following the crash, Greene was taken into custody after "resisting arrest and a struggle with Troopers," and a short time later he became unresponsive, LSP's report on his death said. Greene died while en route to a hospital, according to that report.

But the videos offer a more detailed account of the encounter, with footage showing parts of the car chase as well as the four-minute sequence between when police open Greene's car and when he's handcuffed on the ground.

The cameras provide audio of the tense radio transmissions describing the moments in the chase. At no point in any of the videos released are there images of Greene's car as he's fleeing from police.

The attempts to pull Greene from his vehicle can be seen and heard on DeMoss' camera.

"OK, OK, OK officer -- Lord Jesus," can be heard and a Taser can be seen going off while Greene is still in the car.

The camera goes on to show a struggle as officers attempt to handcuff Greene. A trooper appears to put Greene in a chokehold as they wrestle on the ground, and Greene lies there while another trooper continues to tase him as he's restrained by the other trooper.

Greene wails as he lies face down on the ground while one trooper sits on top of him, pressing his hand onto the back of Greene's neck and punching him in the face, the video shows. Another trooper tries to handcuff him and punches his lower back, according to the footage.

Almost four minutes elapse from the moment troopers open Greene's car door until he is fully handcuffed, as seen in the footage. Taser prongs can be seen embedded in Greene's skin as his shirt lifts up while troopers curse and wrestle to pull his arms behind his back.

The troopers appear to stop beating Greene after they handcuff and leave him on the ground face down. As they walk away, one says, "You stupid motherf****r," as Greene continues to cry out.

Audio from Hollingsworth's body camera revealed a telephone exchange inside his patrol vehicle after the beating. He begins by saying Greene was drunk.

"And I beat the ever-living f*** out of him, choked him and everything else trying to get him under control and we finally got him in handcuffs when a third man got there and the son of a bitch was still fighting and we was still wrestling with him trying to hold him down because he was spitting blood everywhere," Hollingsworth says in the video.

"And then all of a sudden he just went limp," Hollingsworth said.

'They took pleasure in torturing my son,' mom says

Jay McGowan, Greene's brother-in-law, described Greene as "a respectful man" and "a good guy" who almost immediately expressed remorse and apologized to the officers for leading them on a chase.

McGowan on Saturday recalled his last conversation with Greene days before his death. The two men talked about starting a program to feed the homeless.

Greene's mother, Mona Hardin, told CNN Saturday that her family has been subjected by authorities to an "ongoing narrative of incomplete answers," with police not even able to tell them why troopers attempted to pull her son over in the first place.

She said the family came away with more questions than answers after state officials in September showed them brief silent parts of the video made public this week.

"I did ask at the time, 'Where's the rest of it, and why are we looking at footage with no sound to it?'" she said. "I want to see what happened. I want to see that. I want to see why. ... They allowed us to walk out of there not having answers."

As for the newly released video, Hardin said, "What I saw was that he was not meant to leave alive. He was going to be killed."

Hardin told CNN's Anderson Cooper on Friday that she believes that the LSP tried to cover up what happened to her son.

She said state police initially said her son died when his car crashed into a tree after a police pursuit.

"It's been a battle from the moment we heard of (his death)," Hardin said. "There's no words for how mad I am. I'm disgusted.

An attorney for the family, Lee Merritt, told CNN Saturday that the family believes the case would never have received attention had portions of police body camera video not been leaked.

"But for this leak, that would have been the end of the Ronald Greene story," Merritt said.

Merritt said the case showed why it is important for video evidence to be released.

"When law enforcement alone are the only persons with access to critical evidence like this kind of video, the process is to minimize the conduct, to keep it out of the eyes of the public, and to protect the police officers," Merritt said. "Once it gets out into the hands of the public, that public pressure turns out to be very effective in moving elected officials to hold police officers accountable."

Another attorney for the family, Ron Haley, said the troopers should be arrested.

"Everyone that put their hands on Ronald Greene should be arrested and two minutes after they are arrested, anyone that participated in the cover-up should follow them right into the jail cell," Haley told CNN.

Haley said Saturday that the troopers "took it upon themselves to be judge, jury and executioner."

Greene's family filed a federal wrongful death suit on May 6, 2020. The lawsuit cites a Glenwood Medical Center emergency room physician who allegedly noted that differing accounts about what happened to Greene did not "add up."

An autopsy from the Union Parish Coroner's Office states in its opinion section that lacerations of Greene's head were "inconsistent with motor vehicle collision injury ... (and) most consistent with multiple impact sites from a blunt object."

The report also says, "no written incident report was provided despite requests" and that "no detailed information regarding the motor vehicle collision ... was provided." It notes that "no emergency services medical records were provided" to the coroner's office.

The report also notes Greene had a sternal fracture and cuts on his aorta and liver.

"Whether this injury is due to trauma from the motor vehicle collision, subsequent struggle, or is resuscitative in nature cannot be stated with certainty. These findings can be associated with motor vehicle collision, but may also be seen in other circumstances, including inflicted injury during a struggle and/or related to resuscitative efforts (CPR)," the report said.

There were significant levels of cocaine and alcohol in Greene's blood, the report says.

CNN has reached out to the coroner's office for comment on the report.

The autopsy does not list the manner of death, meaning whether it was accidental, homicide, natural causes, suicide or undetermined.

Correction: An earlier version of this story misstated the findings of the autopsy report. The report found that lacerations of Ronald Greene's head were "inconsistent with motor vehicle collision injury."