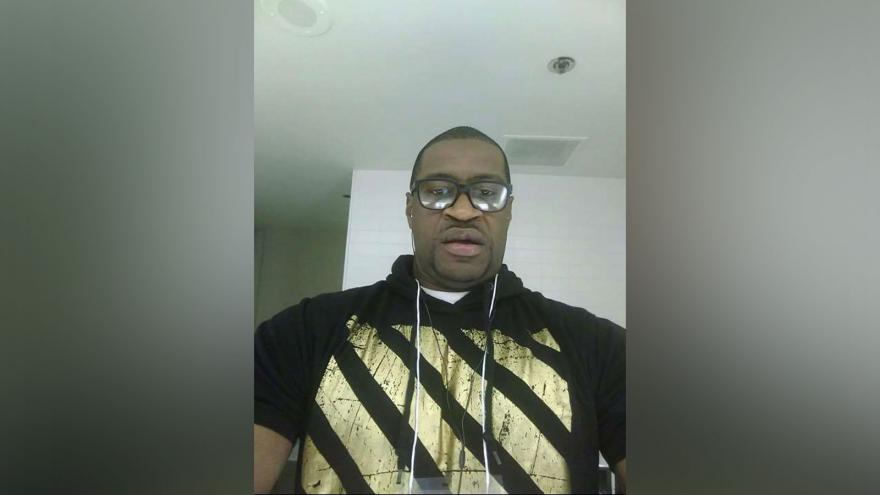 Previous video from eyewitness Darnella Frazier showed Floyd, 46, being knelt on by one officer -- Derek Chauvin. CNN has not been able to locate the person who shot the latest video.

That video shows the other side of the Minneapolis police vehicle where the arrest occurred. The video appears to show Chauvin and two other officers kneeling on Floyd.

"I can't breathe, man," Floyd can be heard saying in the video. "Please, let me stand. Please, man."

Chauvin was taken into custody on Friday afternoon, according to the Minnesota Department of Public Safety, charged with third-degree murder and manslaughter, according to Hennepin County Attorney Mike Freeman.

On June 3, Chauvin was charged with a new, more serious count of second-degree murder.

CNN has reached out to Chauvin's attorney and the Minneapolis police union for comment.

Four officers were involved in the incident and all have since been fired from the Minneapolis Police Department.

CNN has reached out to the Minneapolis police for comment, and to verify the video's authenticity, but has not received a response.

Floyd was arrested after he allegedly used a counterfeit bill at a convenience store, police have said. Outrage grew after the first video surfaced showing a Minneapolis police officer kneeling on Floyd's neck. The 46-year-old, who was unarmed and handcuffed, died after the arrest.

CNN has also reached out to Floyd family attorney Ben Crump about the video but has not yet received a response.

NBC News previously reported an 18-second portion of the video but CNN has obtained a minute-long version of that video.

Minneapolis police said in a statement earlier this week that officers had been responding to an alleged forgery on Monday evening and that during the arrest, Floyd "physically resisted" them.

However, surveillance footage from the nearby Dragon Wok restaurant does not appear to support the claim that Floyd resisted arrest during the initial encounter. However, there are several minutes where Floyd's and the officers interactions cannot be seen from the camera's vantage point.

This latest video appears to have been taken before the Frazier video, but after that surveillance video.