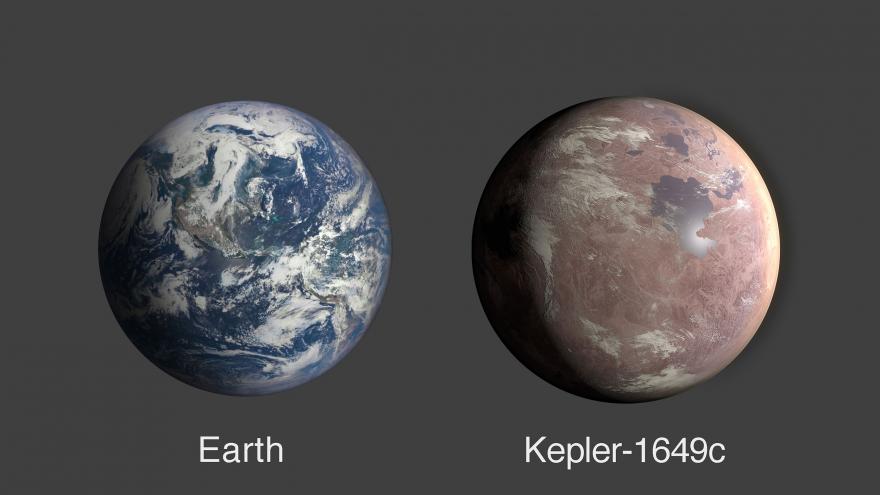 (CNN) -- Astronomers have uncovered a potentially habitable Earth-sized exoplanet 300 light-years away from us.

Out of the 2,681 exoplanets spotted by NASA's Kepler space telescope between 2009 and 2018, this one is the most similar in size, and potentially temperature, to our own planet, according to a new study.

Exoplanets are those found orbiting stars outside of our solar system. Researchers recently uncovered the planet in archival data collected by Kepler.

Kepler was retired in 2018, but its data could lead to more discoveries for years to come. Currently, NASA's TESS mission is the latest planet-hunter seeking out exoplanets. 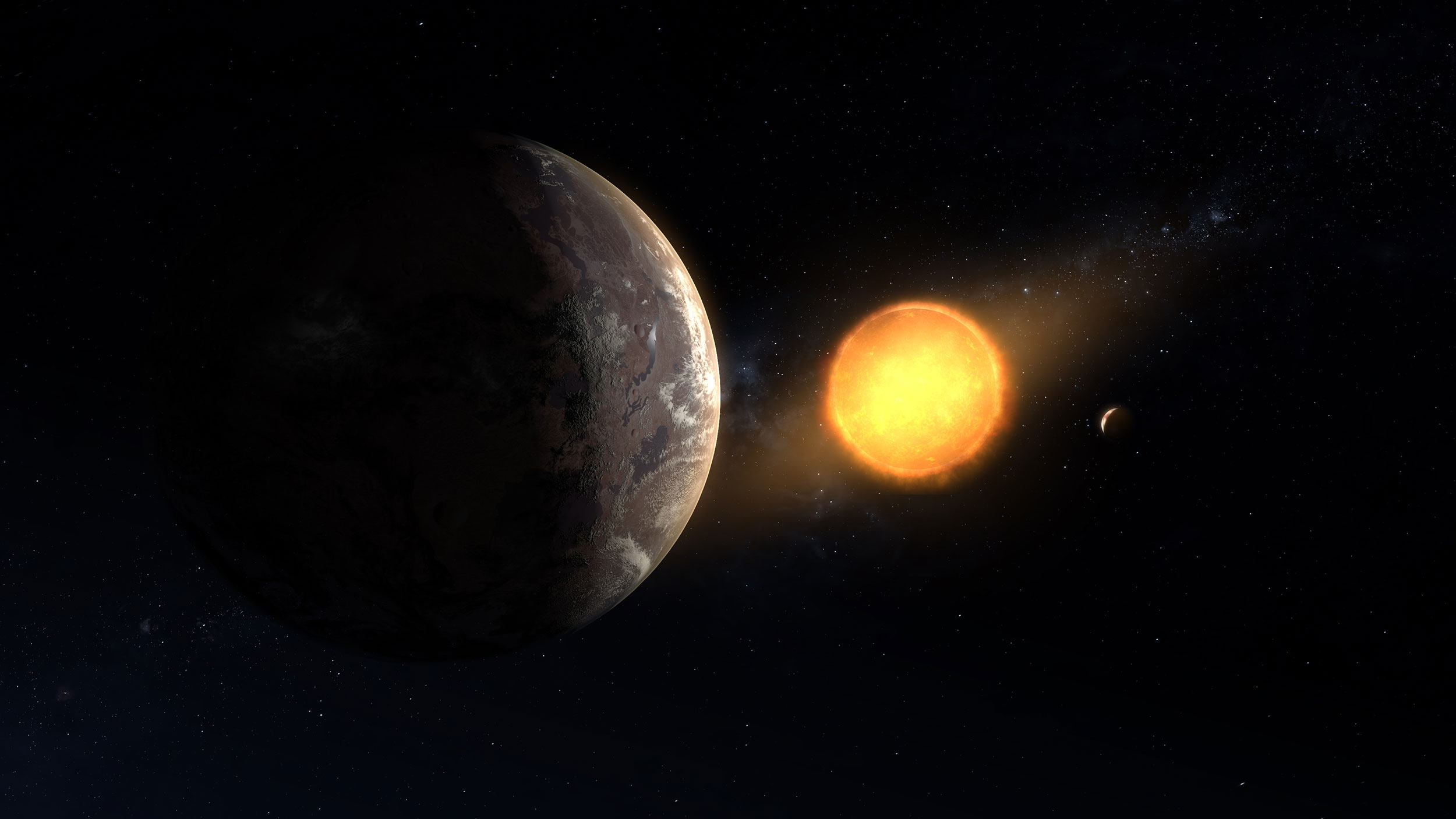 The planet has been dubbed Kepler-1649c. It's 1.06 times larger than Earth and receives about 75% the amount of light that Earth gets from the sun. This suggests that the surface temperature of the exoplanet could be similar to Earth.

The planet is also located within the habitable zone of its star, existing at just the right distance where liquid water can exist on the surface. This also suggests that it could support life.

But Kepler-1649c orbits a red dwarf star, much smaller and cooler than our sun. In recent years, multiple exoplanets have been found orbiting these stars that are common in our galaxy.

The planet is much closer to its star than Earth is to the sun. It completes an orbit around its star every 19.5 Earth days. This also means that the planet could be lashed by radiation flares from the environment, threatening any potential life. But no flares have been observed so far.

Other than that, researchers don't know much about the planet or its atmosphere, which could shift the temperature estimate. Researchers know that another planet similar in size orbits the star much closer, similar to Venus in our solar system, according to NASA.

The study published Wednesday in The Astrophysical Journal Letters.

"This intriguing, distant world gives us even greater hope that a second Earth lies among the stars, waiting to be found," said Thomas Zurbuchen, associate administrator of NASA's Science Mission Directorate in Washington. "The data gathered by missions like Kepler and our Transiting Exoplanet Survey Satellite (TESS) will continue to yield amazing discoveries as the science community refines its abilities to look for promising planets year after year."

This newest exoplanet joins other intriguing finds that are close in size to Earth, like TRAPPIST-1f in the TRAPPIST system 39 light-years from Earth. And exoplanets like TRAPPIST-1D and TOI 700d are considered similar in temperature to Kepler-1649c.

But Kepler-1649c is the most interesting exoplanet yet that is similar in size and temperature to Earth and exists within the habitable zone of its star. 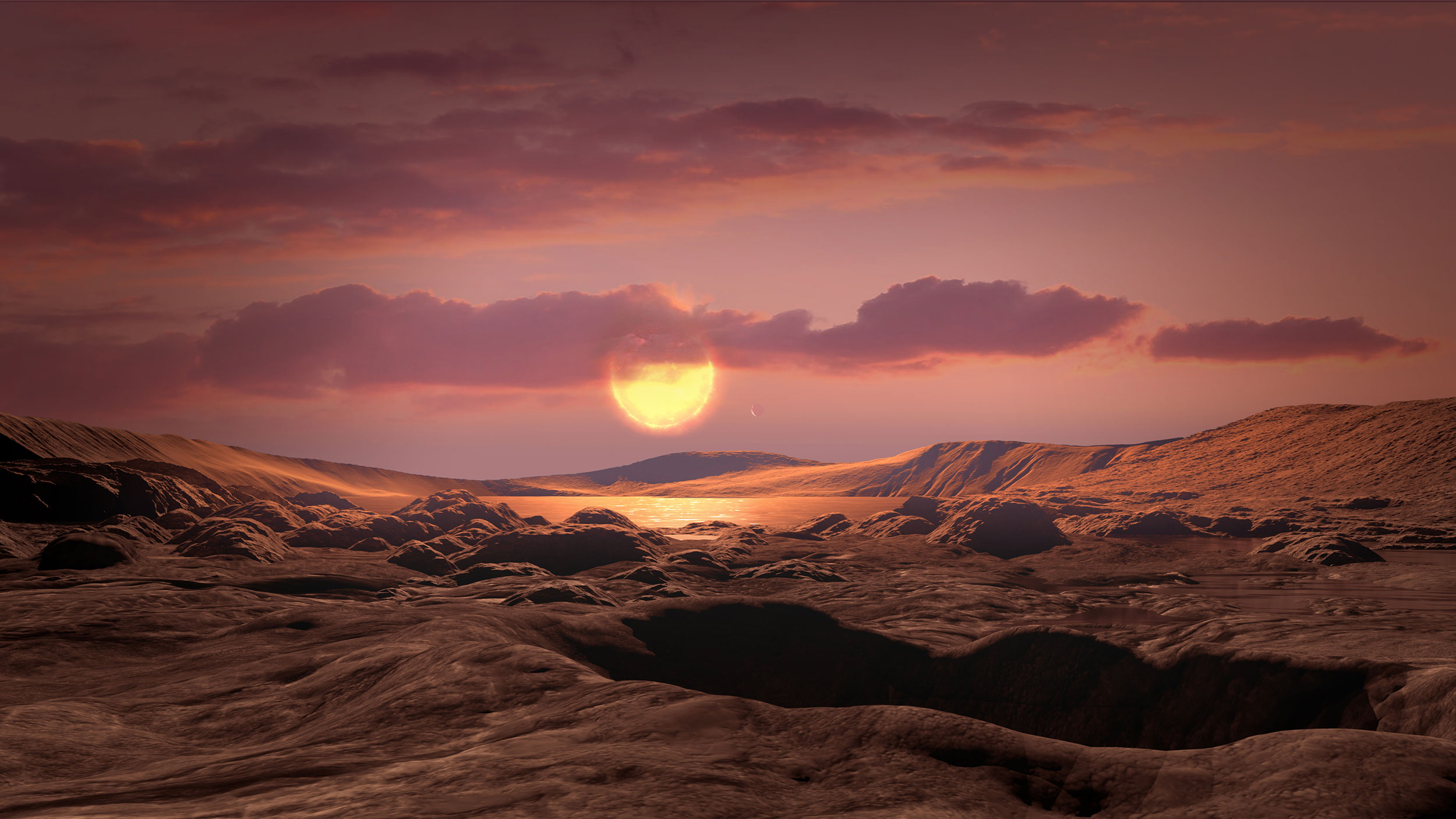 Initially, Kepler-1649c was overlooked because a computer algorithm called Robovetter classified it as false positive. Computers can make mistakes, so researchers in the Kepler False Positive Working Group who analyze all the false positives took another look. And they identified it as a planet.

"Out of all the mislabeled planets we've recovered, this one's particularly exciting -- not just because it's in the habitable zone and Earth-size, but because of how it might interact with this neighboring planet," said Andrew Vanderburg, a researcher at the University of Texas at Austin and first author of the study. "If we hadn't looked over the algorithm's work by hand, we would have missed it."

The researchers believe there could be a third planet in the system, although they haven't spotted it yet. The reason they think another one exists is because of the first and second planets have an orbital resonance; their orbits line up in a stable ratio. For every nine times Kepler-1649c orbits its star, the closest planet completes four orbits. A planet could exist in between the two.

"The more data we get, the more signs we see pointing to the notion that potentially habitable and Earth-size exoplanets are common around these kinds of stars," said Vanderburg. "With red dwarfs almost everywhere around our galaxy, and these small, potentially habitable and rocky planets around them, the chance one of them isn't too different than our Earth looks a bit brighter."