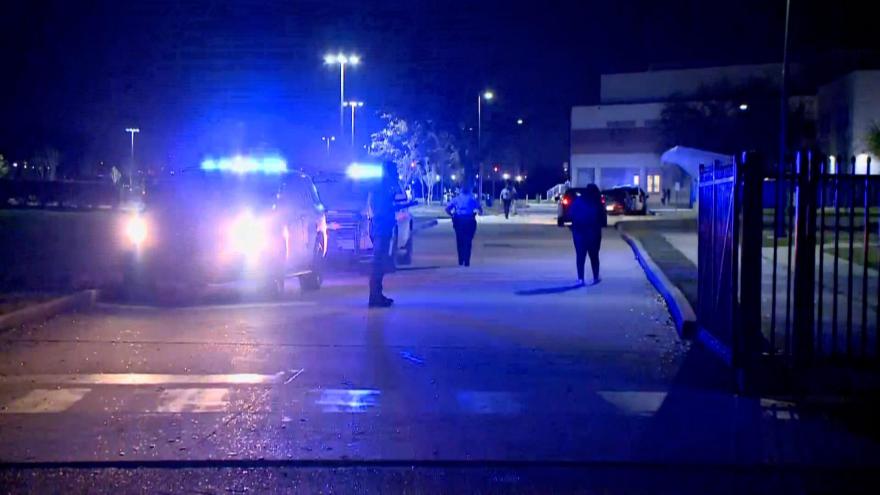 "Corporal Mitchum was a dedicated police professional who had a heart of service for the Tulane community," Tulane University and its police department said in a joint statement on Saturday. "Our thoughts and prayers are with his family and with all the fellow officers with whom he served."

Mitchum was at a basketball game at George Washington Carver High School when an individual tried to enter, starting an altercation with a staff member, Ferguson said.

Mitchum overheard the disturbance and tried to remove the individual from the school. As they got close to the front door, the individual pulled out his weapon and fired a shot that struck Mitchum in his chest.

Mitchum was taken to University Medical Center New Orleans where he later died.

CNN has not been able to determine if Shallerhorn has an attorney.

"The reason for the initial confrontation that led to the incident remains under investigation," Scheets said.

The Orleans Parish Sheriff's inmate website shows that Shallerhorn is being held for one count of first-degree murder of a policeman and one count of armed robbery.

CNN has reached out to the Orleans Parish Sheriff and District Attorney's office for more information, including a court date, affidavit and attorney information.