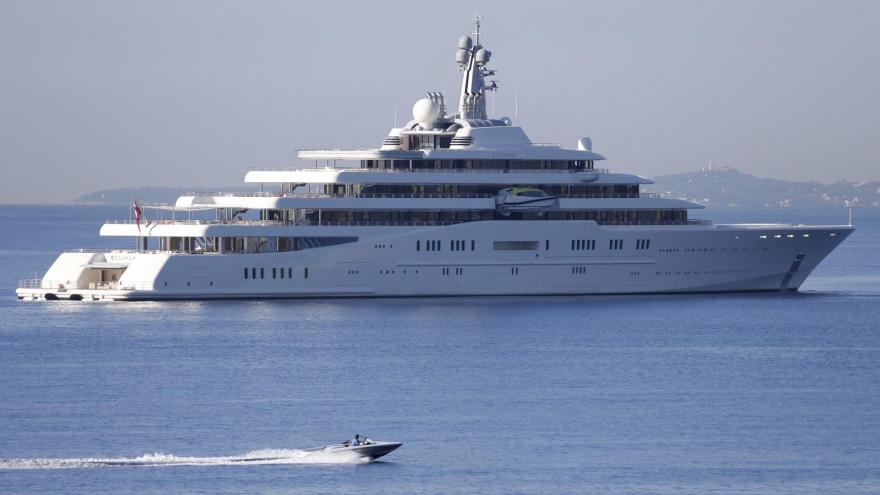 (CNN) -- The Justice Department said Wednesday it is launching a special unit to help enforce sanctions against Russian government officials and oligarchs, targeting their yachts, jets, real estate and other assets.

The new Task Force KleptoCapture is part of the effort by the US, the European Union and other allies to punish Russia and Belarus for the ongoing Russian invasion of Ukraine, using export restrictions and other financial sanctions.

President Joe Biden, in his State of the Union speech Tuesday, highlighted the effort: "To the Russian oligarchs and corrupt leaders who have bilked billions of dollars off this violent regime: No more."

He added, "We are joining with our European allies to find and seize their yachts, their luxury apartments, and their private jets."

Attorney General Merrick Garland said the new task force will include prosecutors and federal agents and experts in money laundering, tax enforcement and national security investigations from the FBI, the IRS, the US Marshals Service, and the US Postal Inspection Service.

"The Justice Department will use all of its authorities to seize the assets of individuals and entities who violate these sanctions," Garland said in a statement. "We will leave no stone unturned in our efforts to investigate, arrest, and prosecute those whose criminal acts enable the Russian government to continue this unjust war. Let me be clear: if you violate our laws, we will hold you accountable."

The new unit will be run out of the office of Deputy Attorney General Lisa Monaco, according to the department.

The US and allies, including the United Kingdom, have targeted wealthy individuals who are close to the Kremlin with sanctions, including the families of oligarchs -- a new step aimed at eroding support for President Vladimir Putin among Russia's elite. Last week, the US Treasury sanctioned the sons of two of Putin's closest officials.

As Russia enters the second week of its unprovoked invasion of Ukraine, at least two Russian oligarchs have called for an end to the war, underscoring the possibility that others could soon follow suit.

Mikhail Fridman, who was born in western Ukraine and is chairman of Alfa Group, a private conglomerate operating primarily in Russia and former Soviet states that spans banking, insurance, retail and mineral water production, wrote in a letter to staff that he wanted the "bloodshed to end."

And Oleg Deripaska, a billionaire who made his fortune in the aluminum business and was sanctioned by the US in 2018, argued Sunday in a post on Telegram that "Peace is very important! Negotiations need to start as soon as possible!"