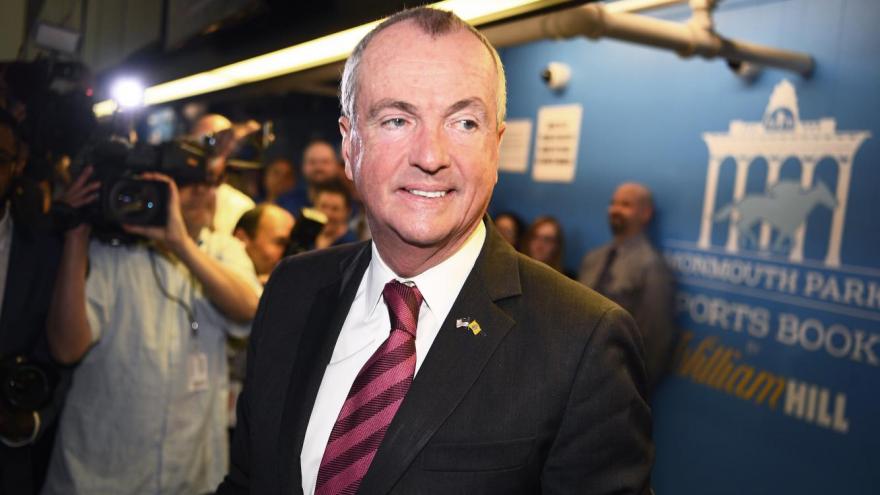 (CNN) -- New Jersey Democratic Gov. Phil Murphy said Friday that the state will use a hybrid voting model for November's election where all New Jersey residents will be mailed a ballot, and it will be up to them to decide if they would like to vote by mail or in person.

The announcement will make New Jersey -- which conducted its primaries almost entirely by mail -- the latest state to expand mail-in voting for the presidential election in response to the novel coronavirus.

Due to the pandemic, voting by mail is becoming an increasingly popular option since many voters may prefer not to wait in long lines at polling stations. New Jersey will be the ninth state -- plus Washington, DC -- to mail all registered voters ballots for the November election.

"We mailed ballots to folks who were registered in either party. We mailed applications to those who weren't. And we also provided in-person voting capacity at least 50% in each county and at least one location in each municipality. It was a success. Not perfect, but overwhelmingly a success," he said.

Murphy also said the state learned some lessons since the primary and will "have more presence of secure drop boxes, make sure there is that physical in voting capacity, and as it relates to mail-in ballots, the good news is in a general election, it doesn't matter what party you're in, everybody gets a ballot."

For those who want to vote in person, Murphy said they will "do what we call 'provisional voting' because the folks won't necessarily know at the voting location whether or not whether you actually already mailed a ballot in. That's what we did in the primary. Little bit more cumbersome, but it works."

News of the announcement, which was first reported by the New Jersey Globe, came the same day that President Donald Trump said he opposes much-needed funding for the Postal Service because he doesn't want to see it used for mail-in voting this November.

During an interview on Fox Business, Trump said that if the Postal Service does not receive the additional $25 billion funding request that Democrats have included in the ongoing stimulus negotiations, then he believes it won't be able to handle the influx of mail-in ballots in the upcoming election.

"They want three-and-a-half billion dollars for something that'll turn out to be fraudulent. That's election money, basically. They want three-and-a-half billion dollars for the mail-in votes. Universal mail-in ballots. They want $25 billion, billion, for the post office. Now they need that money in order to make the post office work so it can take all of these millions and millions of ballots," Trump said, repeating his false claims that mail-in voting would be "fraudulent."

Later, in an evening news conference, he said would not veto a bill that contains the funding, but continued to claim without evidence that mail-in voting would lead to widespread fraud.

In reality, there is no widespread voter fraud in US elections, and nonpartisan experts say neither party automatically benefits when states expand access to mail-in voting.

This was the first time in the history of the New Jersey National Guard that more than 120 soldiers reported in civilian clothes to county election boards and polling sites in seven counties to help in the primary, according to the US Department of Defense.