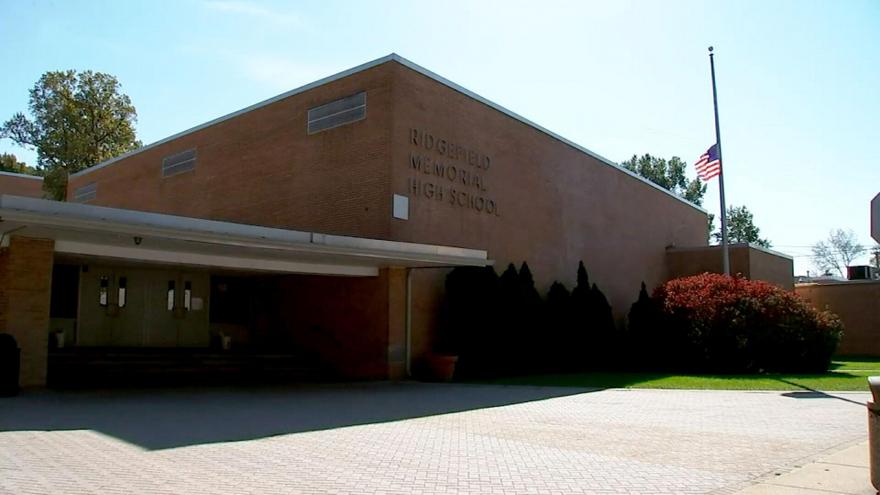 A New Jersey teaching assistant from Ridgefield Memorial High School was suspended for allegedly telling a Muslim-American student that 'we don't negotiate with terrorists.'

(CNN) -- A New Jersey teaching assistant was suspended by the Ridgefield School District after an alleged incident last week in which a Muslim-American student claimed he was called a terrorist after asking a question during math class.

The school district did not describe what took place but said that the staff member is suspended while it conducts a full investigation into the matter.

Mohammed Zubi, a senior at Ridgefield Memorial High School, said the class was working on a project last Wednesday and he raised his hand to ask if students could have more time to finish the assignment when the assistant teacher allegedly responded saying, "We don't negotiate with terrorists."

"I'm looking around, at a loss for words, completely shocked," Zubi told CNN. He said the entire class heard the exchange and he asked the girl behind him to make sure that's what the assistant teacher had said, and she confirmed she heard the same thing.

Zubi, 17, said the assistant teacher came up to him a few minutes later, patted him on the back, and said he didn't mean it like that. "In my head I'm just like, what other way could he have meant that?" Zubi said.

The Ridgefield School District released a statement Sunday saying that the district "has absolutely no tolerance for any sort of discrimination against any student or staff member."

In the statement, Interim Superintendent of Ridgefield Public Schools Letizia Pantoliano said that the district "cannot legally comment on personnel or student matters," but wants the public to know that "the District immediately suspended the staff member while it is conducting a full investigation."

CNN's multiple attempts to reach the assistant teacher were not returned as of Monday.

Pantoliano also said the school district notified law enforcement and asked for their assistance on the matter, saying, "The District fully intends to pursue any and all legal remedies against the staff member."

"This type of insensitive language by an authority figure is unacceptable because it perpetuates stereotypes of Arabs and Muslims," New Jersey chapter of the Council on American-Islamic Relations (CAIR) Executive Director Selaedin Maksut said in a statement Friday.

Maksut said that CAIR New Jersey is offering the Ridgefield School District diversity training for its teachers and staff to help combat Islamophobia and bullying. "Education around Islam and Muslims for educators is necessary because even 20 years after 9/11 these ugly stereotypes continue to show up in our classroom, and that's unacceptable," Maksut told CNN Monday.

Zubi said he didn't return to school for nearly a week after the incident. "I went to school today for the first time," Zubi said Monday. "I want a public apology to me and my family."