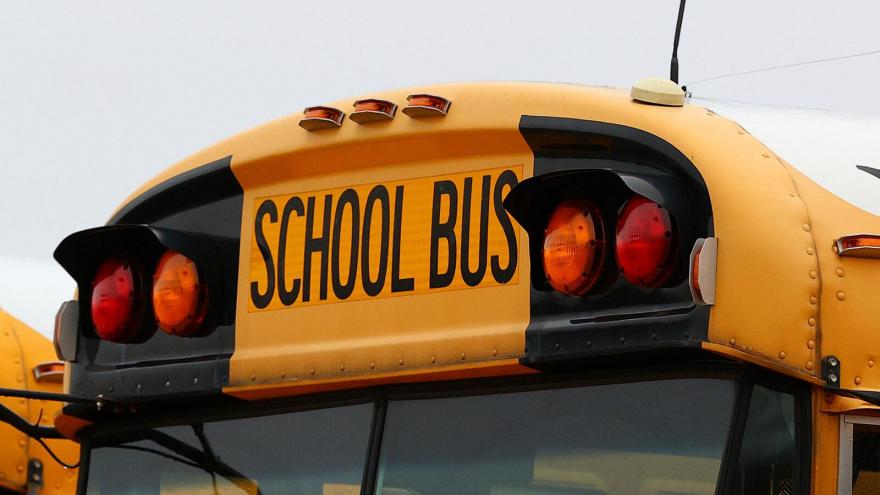 All public schools in New Jersey are now required to teach diversity, inclusion, and equality courses in grades kindergarten through 12th grade.

(CNN) -- As the summer of 2020 forced the nation to confront racism, students of color in New Jersey were sounding the alarm on the racist bullying they had been facing daily, and Democratic Assemblywoman Carol A. Murphy was intent on listening.

While attending Black Lives Matter protests and a virtual meeting with parents and students from high schools across her district, Murphy took mental notes that would help her outline a new law. All public schools in New Jersey are now required to teach diversity, inclusion, and equality courses in grades kindergarten through 12th grade.

"I listened (to students), watched them, and learned from them. All those times helped me define what this bill was ... Students and parents (concerned with racist bullying) really solidified me to bring this bill forward," Murphy told CNN.

The law passed in the New Jersey legislature earlier this year and was signed into law by Gov. Phil Murphy (no relation to the assemblywoman) on March 1. It will take effect in the 2021-2022 school year.

The law will require schools to highlight and promote, "economic diversity, equity, inclusion, tolerance, and belonging in connection with gender and sexual orientation, race and ethnicity, disabilities, and religious tolerance." These lessons will also teach students about unconscious bias and economic disparities, and the impact they have on individuals and society as a whole.

New Jersey is just the latest state to pass legislation requiring or recommending that schools teach equality and diversity classes. Last month, after years of debate and thousands of public comments, California finally approved an ethnic studies model curriculum for its K-12 students.

According to the law, the New Jersey commissioner of education will provide school districts with sample learning activities and resource guides on these lessons. Each school district will then be required to put those lessons into appropriate places within their school's curriculum. How schools adopt these lesson plans will be local decisions made by schools.

New Jersey has about 1.37 million public school students and 584 operating school districts, according to the New Jersey Department of Education.

The department will monitor each school district's adherence to this law through a monitoring and self-evaluation system for public school districts.

In July of 2020, Murphy, who represents Burlington County in the western part of the state, had a Zoom meeting with parents and students from high schools across her district. She learned that a lot of students of color were victims of racist bullying by their fellow students, and it was a deep and enduring issue in the high schools. Some students were victims of bullying online and through social media, as well as in-person in school.

"They had experienced it for the last few years, insensitive remarks, tweets, and group texts," with hateful and racist language, Murphy said.

She explained that some students assume that everyone is from the same background.

"We can't keep saying kids will be kids, we need to take responsibility," Murphy explained, regarding the racist bullying. Students must understand that people come from different economic backgrounds, races, and genders. "Kids must understand that and promote unity regardless of those areas of life we differ in," she said.

Evana Findley was one of the former students that spoke to Murphy about her experiences with bullying, race relations, and lack of discussion on the issues of racial and religious diversity throughout her years attending public schools in New Jersey. Findley is African American and Jewish and attended high school in Burlington County.

Findley, now in college, told CNN that she was called the N-word multiple times by fellow students in middle school. Additionally, when she would eat crackers for lunch, some students in her high school would ask her if those were "Jew crackers." Findley felt her high school was not very racially diverse. Many students and teachers were inclusive, but racial and religious insensitivity still existed, she said.

"I tried my hardest to fit in," Findley said. Those experiences were traumatizing, she explained.

Findley believes the new law is a step in the right direction. She says if kids are taught about equity and bias from a young age, she believes insensitive and racist comments will decrease over time.

Findley says that there were many students and teachers in her high school that were inclusive, but a certain level of racial and religious insensitivity still exists.

Yaelle Farr, Evana's mom, is a supporter of the new law. Farr said students should learn about diversity and equality at home and in school.

Some opposition to the new law

Although the law has garnered widespread support, the law raises concerns for others.

Murphy said the law isn't intended to push someone's beliefs upon anyone else.

Gov. Murphy told CNN, "I believe that one of New Jersey's greatest strengths is our diversity. By teaching students about diverse histories, experiences, and perspectives from an early age, we are enriching their academic experience ... I was proud to sign this bill into law."

Bergen has introduced a bill to limit the teaching of these topics to grades 9-12 only.

Yvette Jordan, a history teacher at Central High School in Newark, New Jersey, thinks a law like this is crucial. Jordan has been a teacher for 15 years and teaches American history and African American history.

The benefits of this law are that students would have more understanding of one another, "if you have a better understanding of somebody you would be more tolerant, and that is the end goal," Jordan said.

Jordan, however, believes that the decision of allowing local school districts to decide how to adopt these lessons in their curricula is a mistake. Jordan believes they should instead be taught uniformly by learning the same content in every school in the state.

Cathline Tanis, an English teacher at Piscataway High School in New Jersey, is a huge supporter of the law. Tanis teaches Race and Gender in Literature to high school seniors.

Tanis says these new lessons as part of the curriculum will allow a student population to feel heard, represented, and safe. "By fostering a sense of belonging and cultural awareness in our students, we encourage them to be accepting and understanding individuals who are civically engaged and racially literate," Tanis explained.

"It's a great way for kids to learn it's OK to be different, and to be included and welcomed," Christina Stephenson said, a middle school student, regarding the recent law.

Christina's mom, Sharon Stephenson, said the law should have passed a long time ago in New Jersey. Stephenson said Christina was the victim of racist remarks and bullying by her peers in her previous school where Christina was one of the few minority students, and teachers and administration didn't provide Christina with help to stop the bullying.

"Children will repeat in school what they hear at home, it's up to the teachers to correct students and teach them," and teach students about inclusion and equality, which is what this new law will do, Stephenson said.

Dontayjah Moss, 12, is happy New Jersey implemented this new law and believes it's important for kids to learn these topics and values at young ages so they carry them with them throughout their lives. Dontayjah said racism and negative stereotypes of minorities such as Islamophobia and the recent anti-Asian hate could have been prevented or stopped if people were taught lessons on equity and tolerance at a young age in school.

"We wouldn't see the recent anti-Asian hatred if people were more understanding of one another's cultures," Dontayjah said, regarding recent hate crimes against Asian Americans due to untruthful and racist perceptions that Asian Americans spread the Covid-19 virus.

Correction: A previous version of this story misstated the county that New Jersey Democratic Assemblywoman Carol A. Murphy represents. It is Burlington County.