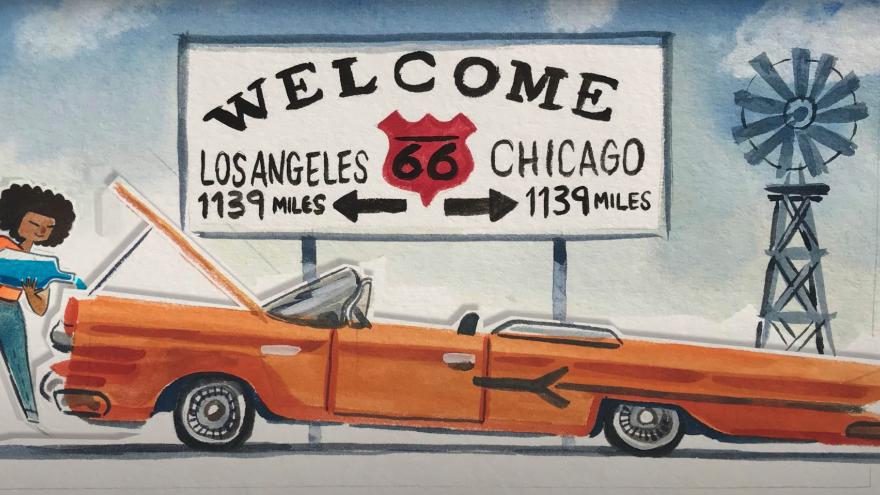 The artwork is an animated video composed of over 100 paintings and sketches by Google art director Matthew Cruickshank while on a road trip.

Route 66 was built in 1926 and "made cross-country travel affordable for the first time," says Google in a news release. The highway, which connects Chicago to Santa Monica, California, allowed displaced families to move out West during the Dust Bowl and served as inspiration for John Steinbeck's "The Grapes of Wrath."

Today, the route is still a popular path for travelers hoping to experience the "ultimate road trip" and explore American history. Route 66 was decommissioned in 1985, but several parts were preserved as state or national Scenic Byways, says Google.

Google's vibrantly colored video features iconic landmarks from the highway, like the Old Chain of Rocks Bridge in Mississippi, the Cadillac Ranch in Texas, and the Golden Driller statue in Tulsa, Oklahoma.

"I set out to create an animated sketchbook of my journey complete with u-turns and artistic meanderings," Cruickshank said in Google's news release.

Cruickshank said he hopes his doodle shows viewers "that life in the slow lane can be incredibly worthwhile from time to time!"