New football league tried to get Kaepernick and Tebow to play 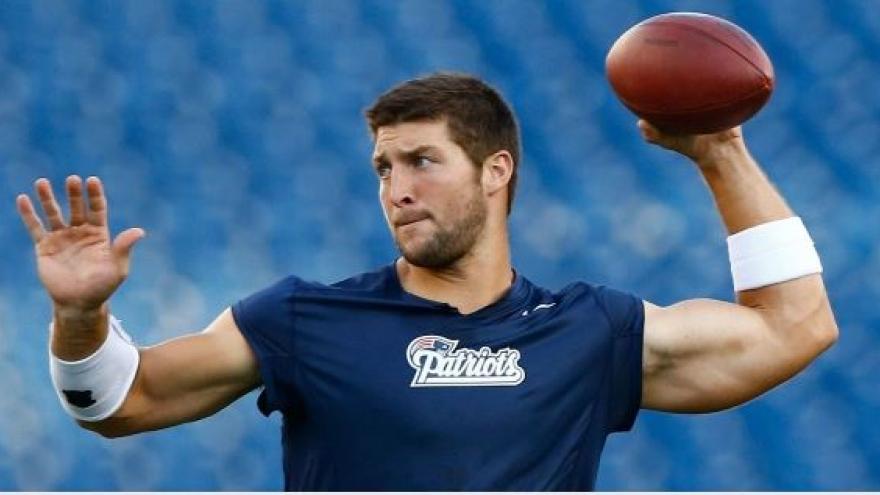 Jared Wickerham/Getty Images (CNN) -- An upstart US professional football league reportedly had talks with former NFL quarterback Colin Kaepernick, but it appears that former 49ers quarterback wanted more money than the league was willing to pay.

Kaepernick, who drew controversy for kneeling during the National Anthem before games, hasn't played in the NFL since the 2016 season. In October 2017, he filed a grievance case against the NFL, alleging that teams were colluding to deny him a job. On Friday, it was announced that Kaepernick settled with the NFL.

The Alliance of American Football, an eight-team league that debuted last weekend, reportedly spoke to Kaepernick as well as former NFL quarterback Tim Tebow. According to the Associated Press, Kaepernick wanted at least $20 million to play.

Lindsay Jones of The Athletic said that AAF CEO Charlie Ebersol and Kaepernick's team spoke last summer and that it was not initiated by the league. The AAF would not confirm to CNN if it had discussions with Kaepernick or Tebow.

Tebow told CNN that he declined an offer to join the league, saying that his focus was on baseball. He's been playing in the minor leagues for the New York Mets organization.

"We have always been open to anyone who wanted an opportunity to begin, extend or revitalize their career to come play under our system," Ebersol said in a statement to CNN.

"We let all high quality (football) players know we were starting the league and it could be an opportunity for them."