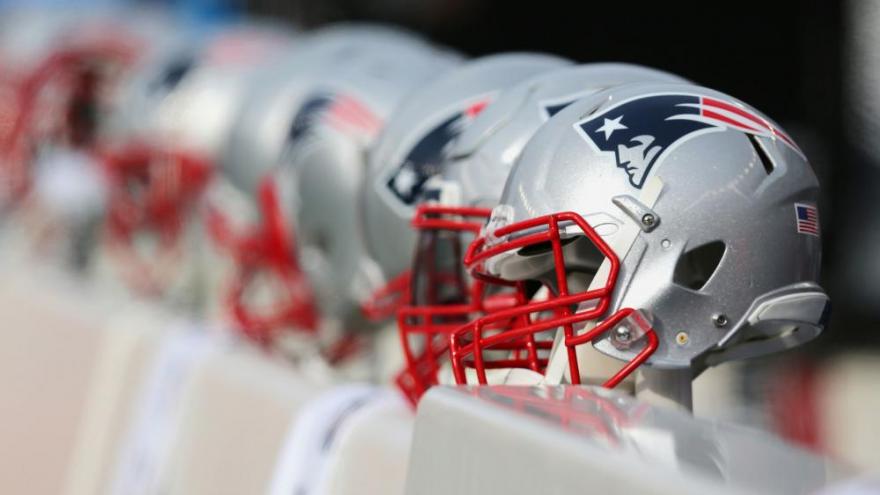 The New England Patriots have been punished by the National Football League for illegally videotaping the sideline during the game, a source with knowledge of the situation confirmed to CNN.

(CNN) -- The New England Patriots have been punished by the National Football League for illegally videotaping the sideline during the game, a source with knowledge of the situation confirmed to CNN.

The punishment includes a fine of $1.1 million and a loss of the 2021 third-round draft pick, the source said. Patriots television crews are also not allowed to shoot any games and senior club officials will have to undergo required league operation training, according to the source.

A Patriots television crew was filming the field and sidelines of the Cincinnati Bengals during a December 8 game against the Cleveland Browns, resulting in the punishment.

In the days following the game, the Patriots admitted to inappropriately filming the sideline.

The team said in a statement released in December that it acknowledged that the production crew "unknowingly violated a league policy by filming the field and sideline from the press box."

A Cincinnati staff member caught a Patriots employee filming the Bengals sideline in the press box during the December game, according to reports. The Patriots admitted to filming the sidelines and said they were filming a series called "Do Your Job."

In addition to the punishment handed down, David Mondillo, a supervising producer of the Patriots in-house production crew, has been banned from all NFL facilities until further notice. He was previously suspended by the team during the investigation and was later fired.

Mondillo issued a statement in December 2019 saying that he was shooting a segment following a pro scout throughout his week to show the audience what his job entails. In the statement, Mondillo said he had gone to the restroom and returned to the sideline to find out that his cameraman was told to stop shooting by someone from the NFL.

"We stopped shooting immediately when asked to do so and cooperated fully. We had a detailed exchange about who we were and why we were there and what they wanted us to do. I gave the Sony SXS card to NFL security and we complied with their request, packed up and went home," Mondillo said. "I had no intention to provide footage to football operations, I did not provide any footage, and I was never asked to do so."

CNN has reached out to the Patriots for comment.