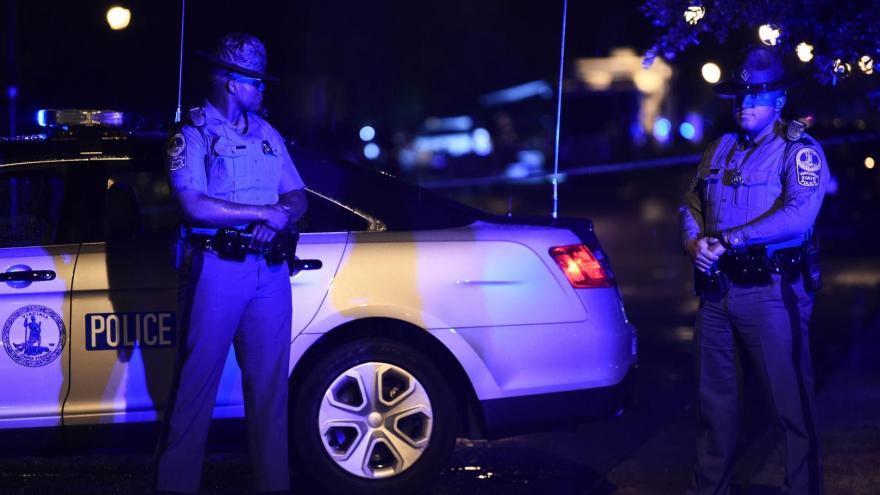 As Virginia Beach mourns 12 people gunned down in a shooting rampage, more questions remain on why a veteran city engineer targeted people he'd worked with for years.

(CNN) -- We now know the man who gunned down 12 people at a Virginia Beach office resigned the morning of the attack.

But many more questions remain as to why a veteran city engineer targeted people he'd worked with for years.

DeWayne Craddock, 40, fired indiscriminately on a municipal building Friday afternoon. He was fatally wounded in a lengthy shootout with police.

What led up to the attack

Craddock was not forced to resign, Hansen said. His "performance was satisfactory" and he was "within good standing in his department." Craddock had "no issues of discipline ongoing," the city manager said.

Craddock's supervisor asked him why he was resigning, a colleague told CNN; Craddock told his boss he was quitting for personal reasons.

But near the end of the workday Friday, Craddock shot one person in a car and then entered the building, where he fired at victims on three floors.

What we don't know: Authorities are searching for a motive. Those who knew him say they didn't see the horror coming.

Joseph Scott said he worked with the shooter for several years and saw him that day. He said the suspect was brushing his teeth in the bathroom, as he always did, and wished him a good day.

The gunman used to be "what I thought was a good person," Scott said.

Another colleague, who did not want to be named for privacy reasons, said Craddock was "a nice guy" and "not a monster." The source said Craddock gave boxes of candy to administrative staff members around Christmas.

On Friday, that same colleague survived the shooting by barricading himself in an office with others. When they were evacuated they had to step over the bodies of coworkers who were killed.

The 12 victims killed in the attack

What we know: Those killed include the gunman's former boss, longtime city employees and a contractor:

-- Richard H. Nettleton was Craddock's boss. Hours before Nettleton was killed, Craddock told him he was quitting for personal reasons, a former colleague said.

But it's not clear whether Nettleton was targeted in the mass shooting.

-- Herbert "Bert" Snelling was a contractor who was trying to file for a permit when the gunman opened fire. Virginia Beach Mayor Bobby Dyer said Snelling used to do work at his house and later became a friend. "He was just such a great guy," the mayor said.

Gayle, 65, had worked for the city for 24 years, her family said in a statement. She was due to be honored by the International Right of Way Association at a ceremony scheduled to take place two weeks after she was killed. A doting mother and "grammy," she made gingerbread houses for each household in her extended family every Christmas season.

-- Joshua O. Hardy was an engineering technician in the public works department.

-- Ryan Keith Cox was an account clerk in the public utilities department.

-- Michelle "Missy" Langer was an administrative assistant in public utilities.

-- Robert "Bobby" Williams was a 41-year veteran in the public utilities department and a special projects coordinator.

In addition to the 12 people killed, several victims were wounded. As of Saturday, three people were in critical condition and one was in fair condition, hospital officials said.

What we don't know: It's not clear whether any of the slain victims were targeted, and how many may have been caught in indiscriminate gunfire.

What we know: About 40 members of law enforcement, mostly FBI, scoured Building 2 to collect evidence.

What we don't know: Questions remain about why Craddock purchased the weapons and how long he was planning his attack.

While investigators search for answers, Mayor Bobby Dyer has tried to quell both sides of the gun control debate. He said he wanted to avert a "knee-jerk reaction" and the "bipartisan bureaucratic malpractice."

The gunman and his family

What we know: Craddock was as a certified professional engineer in the city's public utilities department for 15 years.

CNN noticed Craddock had three security cameras set up in two of his windows.

Neighbor Cassetty Howerin said Craddock was awake at all hours of the night but mostly kept to himself.

Another neighbor, Clarisa Morel, said the gunman once catcalled her.

What we don't know: We don't know what exactly prompted the shooting.

The shooter's parents, reached Friday night, told CNN they weren't aware of any problems Craddock was having with his employer.

The family posted a handwritten note on a front door:

"We are grieving the loss of our loved one. At this time we wish to focus on the victims and the lives (lost) during yesterday's tragic event," the Craddocks wrote. "Our thoughts and prayers are with the families of those who (lost) their lives, and those recovering in the hospital."