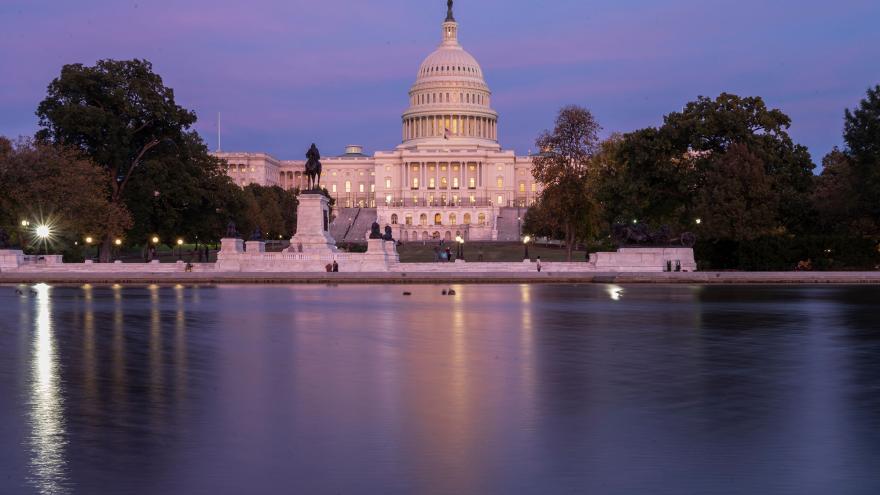 The GI Bill Restoration Act was introduced in the House by Majority Whip Jim Clyburn of South Carolina and Democratic Rep. Seth Moulton of Massachusetts. Democratic Sen. Raphael Warnock of Georgia is set to introduce the legislation in the Senate, according to a news release on Clyburn's website.

"While the original GI Bill ushered in decades of prosperity for post-war America, access to this prosperity was limited for Black World War II veterans who were denied full access to these benefits by mostly-white state and local Veterans Administrations," the release said.

If passed, the bill would extend to descendants and surviving spouses of Black WWII veterans access to the VA Loan Guaranty Program, which provides assistance for buying and building homes, and the Post-911 GI Bill educational assistance, which provides financial assistance for school or job training. The legislation also establishes a Blue Ribbon Panel "to study inequities in the distribution of benefits and assistance administered to female and minority members of the Armed Forces and provide recommendations on additional assistance to repair those inequities," according to the release.

The GI Bill was established in 1944 to help "qualifying Veterans and their family members get money to cover all or some of the costs for school and training," according to the US Department of Veterans Affairs. While the government paid for the college education of White veterans and provided other types of financial aid to them, Black veterans were denied access to the full benefits of the bill -- an exclusionary practice repeated in other key US policies of the 20th century.

"We all know that the quickest way to build wealth is through education and homeownership. So many Black families were denied this path to the middle class. It is important to acknowledge this injustice and help address the wealth gap that was exacerbated by the government's failure to fulfill this promise to World War II veterans of color," Clyburn said in a statement.

Sen. Warnock said in a statement that the bill is a "major step" toward righting injustice and repairing economic harms.

And Moulton, author of the new bill, said in a statement that while the GI Bill has "been called the most successful piece of legislation ever," not everyone reaped its rewards.

"Most Americans don't know that many Black veterans were left out: denied benefits, denied homes, denied the generational wealth that comes from going to college," said Moulton. "We can never fully repay those American heroes. But we can fix this going forward for their families. While our generation didn't commit this wrong, we should be committed to making it right. This legislation honors our nation's commitment to America's vets."