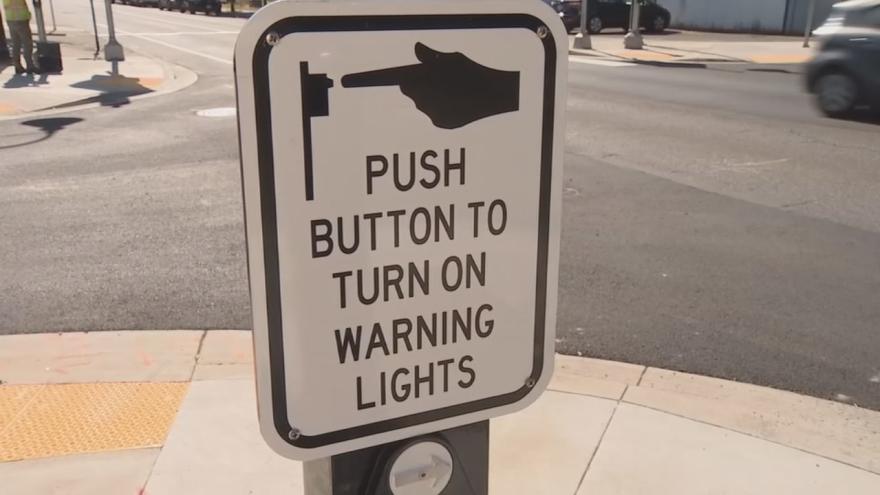 CORNELIUS, Oregon (KPTV) -- Officials with the Oregon Department of Transportation and the city of Cornelius unveiled new bilingual crossing beacons on Friday.

The two new rapid flash beacons were placed at 12th Avenue and Tualatin Valley Highway. Their audio messages play in both English and Spanish.

Officials say Cornelius is a multicultural community so having the audio in Spanish is an important layer of safety, especially for the Latino community.

Don Hamilton with ODOT says several other audibly, bilingual beacons are already operating nearby. The closest one to the two in Cornelius is in Tigard. Hamilton says it has helped improve safety there, too.

“These are for people riding their bikes, people walking, certainly,” he said. “When motorists see these amber beacons, they know it’s time to slow down, there are people waiting to cross the street.”

The beacons are located up the street from Centro Cultural, an organization that advocates for the needs of the Latino community in Washington County. Officials say several resources they point community members to, including a food bank, are located near 12th Avenue and TV Highway, so the beacons will help get them to their destination safely.

ODOT says the installation of the beacons was funded by the city of Cornelius as a part of a larger plan to make the city more accessible to underrepresented communities.

“It’s part of the city’s civic plan to label places of destination bilingual whenever possible,” said Shelli Romero with ODOT.

Officials say the new beacons are the first of many projects to come to make TV Highway safer.