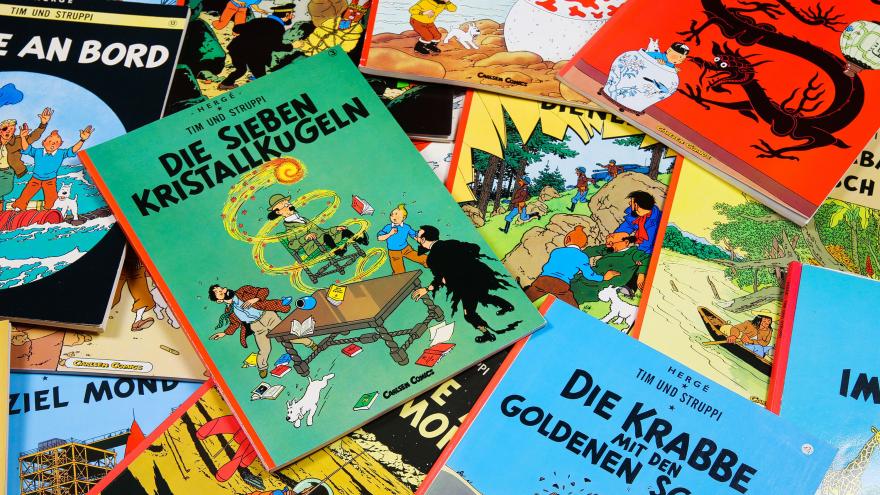 (CNN) -- Most passports tend to be relatively uniform in design. They're often burgundy, black, or blue in color and they might encompass a small version of the symbol of a nation. But that won't be the case for Belgians come February 7 -- the country will now issue passports defined by images of its comic strip heroes, from Tintin to the Smurfs.

Belgian passport holders will now be able to flick through the pages of their new document and spot some of the nation's most beloved fictional characters, including Lucky Luke and Blake and Mortimer alongside Hergé's famous boy reporter and the blue Smurfs that have long been popular amongst children across the world.

In a press release, Belgian Foreign Minister Sophie Wilmès said the new passport is "even more secure thanks to new security and personalization techniques" and added that it will be "recognizable thanks to its original design, which honors one of the jewels of our culture: the heroines and heroes of comic strips."

Wilmès also described the Belgian passport as "one of the best in the world" and called it a "source of pride" for the nation. She also noted that it is an "object of desire for counterfeiters," which is why the Foreign Ministry is constantly working to improve its security.

"The introduction of this new passport is also an opportunity for us to highlight the 9th art, the comic strip, which is a central element of our culture and our influence abroad," Wilmès said.

The Foreign Minister thanked the "publishers, authors and rights holders who have agreed to participate in the project."

She also emphasized the reinforcement in the quality and security of the passport but acknowledged that the cost would not increase, which she called a "strong gesture that will be cost-beneficial for our citizens."

According to Tintin's official website, on the occasion of the launch of the new document, a temporary exhibition on the history of the Belgian passport will be accessible at the Musée de la bande dessinée (Comic Art Museum) until March 6.

Most of the images on the new passport are taken from the classic comic strips, such as Tintin's "Explorers on the Moon" -- first published in 1954 -- and, according to the Tintin website, the comic strip characters chosen to grace the new passport pages are linked to the theme of travel.

Tintin's adventures took him across the globe, from the US to Sydney and even outer space. Now, Belgian travelers will be accompanied by Hergé's design along with the other comic strip figures that the country is renowned for producing.