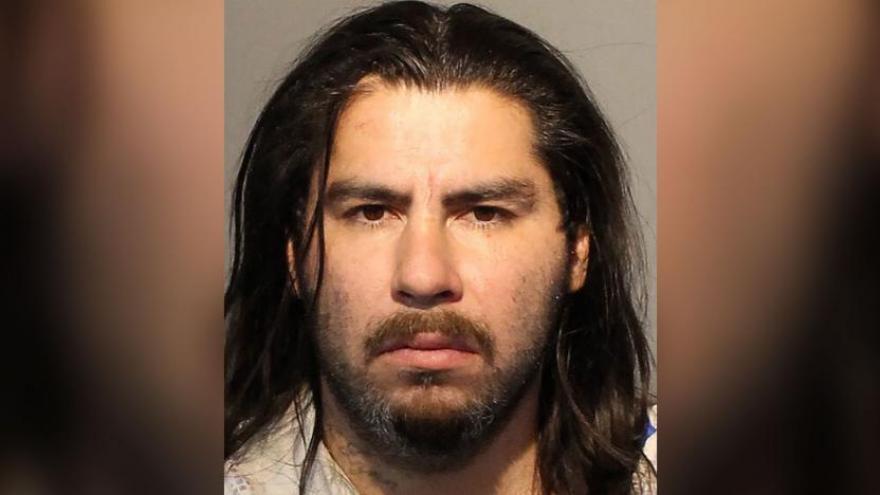 (CNN) -- A man is accused of killing a Native American woman on the Pyramid Lake Paiute Tribes' Reservation, the US Attorney's Office in Nevada said Friday.

Michael Joshua Burciaga, 33, is charged with second-degree murder within Indian Country, the US Attorney's Office said.

Pyramid Lake tribal police went to a house in Nixon shortly after midnight on December 15 after receiving a call about a stabbing and found the woman face down in the master bathroom, according to criminal complaint filed in the US District Court of Nevada on Tuesday. Shortly after, medics on the scene pronounced the woman dead, the complaint said.

The victim, a registered member of the Pyramid Lake Paiute Tribe, is identified in court documents only by the initials A.D., according to a news release from the US Attorney's Office.

Officers spoke to Burciaga outside the house and observed a laceration on his hand, the criminal complaint said. As first aid was being administered, Burciaga "stated in sum and substance, 'I already know what happened, and I know what I did, which is why I slit my wrist,' " the complaint said.

While in transit to a medical center for treatment, Burciaga asked about the victim's condition and told officers she was pregnant with his child, according to the complaint.

Burciaga is accused of stabbing the victim with "multiple knives," according to the news release.

Burciaga's public defender, Kate Berry, declined to comment on the case when contacted by CNN on Friday.

A candlelight vigil was held Friday night in Nixon to honor the victim and to bring awareness to missing and murdered Indigenous women and domestic violence, according to CNN affiliate KRNV.

"I want somebody to take something away from this and even if it's just one woman out there that this will help, then I'm good with that," the victim's mother said, KRNV reported.

KRNV said the victim is survived by her three children. A GoFundMe page has been set up to help the family.

"I am now addressing the safety concern with the community," he wrote. "The individual involved is now in custody, and there is no threat to the community. The Federal Bureau of Investigation has taken the lead of this investigation."

"The FBI stands strongly with our tribal partners in our joint commitment to hold those responsible to justice," said Aaron C. Rouse, special agent in charge of the FBI's Las Vegas Division. "Violent crimes, such as this horrendous act, will never go unchallenged."