Nets say Harden available to play in Game 5 vs Bucks 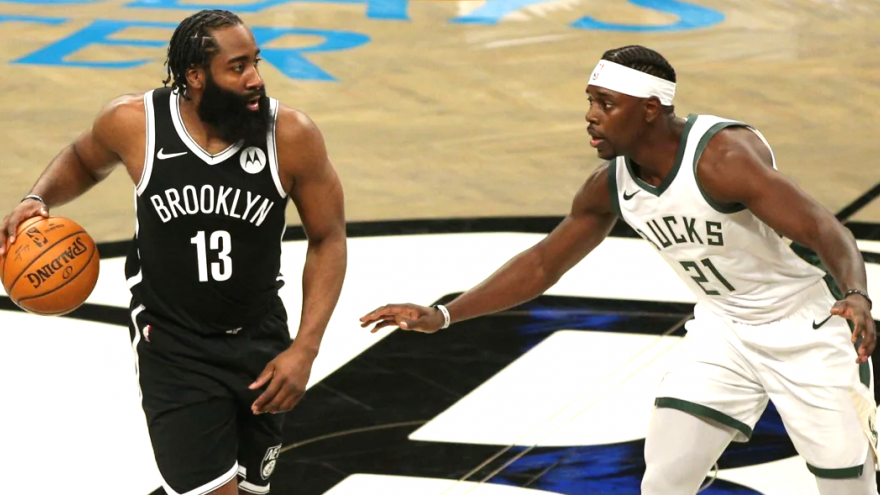 NEW YORK (AP) — James Harden will play for the Brooklyn Nets in Game 5 of the Eastern Conference semifinals, his first action since leaving with a hamstring injury less than a minute into the series opener.

The Nets upgraded the All-Star guard's status to available about 45 minutes before the game Tuesday against the Milwaukee Bucks.

Harden's availability is a huge boost for the Nets, who are without Kyrie Irving after he sprained his right ankle in the Bucks' victory Sunday that tied the series.

Harden left 43 seconds into Game 1 with what the Nets called right hamstring tightness.

Though the series is tied, the Milwaukee Bucks are way ahead in the health category. Down to Kevin Durant as their lone healthy superstar, the Nets limp home to host Game 5 on Tuesday.

A team that once piled up points with ease suddenly is struggling to cobble together much offense at all. Irving has been ruled out and Harden is questionable for the game because of injuries.

The Bucks won both games in Milwaukee after the Nets had taken a 2-0 lead at home.