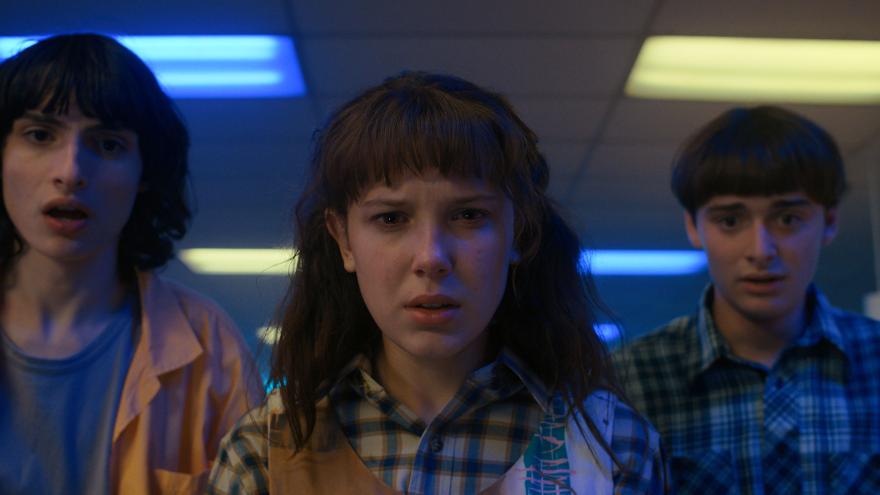 (CNN) -- Netflix recently told employees that the the company's new lower-priced ad tier may come by the end of the year, according to a report from the New York Times Tuesday.

The company is struggling as streaming competition heats up: Shares plunged last month after Netflix reported its first quarterly subscriber loss in more than a decade.

Netflix CEO Reed Hastings said in April the company was open to adding commercials to the service, shocking the media and advertising industry. Hastings for years refused to put commercials on the platform.

"Those who have followed Netflix know that I've been against the complexity of advertising and a big fan of the simplicity of subscription. But as much as I'm a fan of that, I'm a bigger fan of consumer choice," Hastings said on the post-earnings call last month. "And allowing consumers who like to have a lower price, and are advertising tolerant, get what they want makes a lot of sense."

Hastings added in April that Netflix was trying to figure how to bring ads to the platform "over the next year or two." But that process appears to be accelerating. Netflix, which declined to comment for this story, is trying to figure out ways to bring in more money, stop the bleeding on Wall Street and reverse the narrative about its stock.

Yet the news spooked investors, leading Netflix stock down 1% following the report. Shares had been higher prior to the New York Times story.

Another revenue-generating area that Netflix has been exploring is possibly clamping down on password sharing among its subscribers. The note to employees also reportedly said Netflix will begin that password effort around the same time it is looking to debut the ad-tier.

In March, the company said that it has been working for a year on ways to "enable members who share outside their household to do so easily and securely, while also paying a bit more."

Netflix reported in April that it has 221 million subscribers, making it the leader in the streaming marketplace, but that it lost 200,000 users in the first quarter of 2022. If that wasn't bad enough, it noted that it expects to lose another two million in the second quarter.

The subscriber loss and bad guidance have led investors to question the future growth of Netflix and even the entire streaming business.