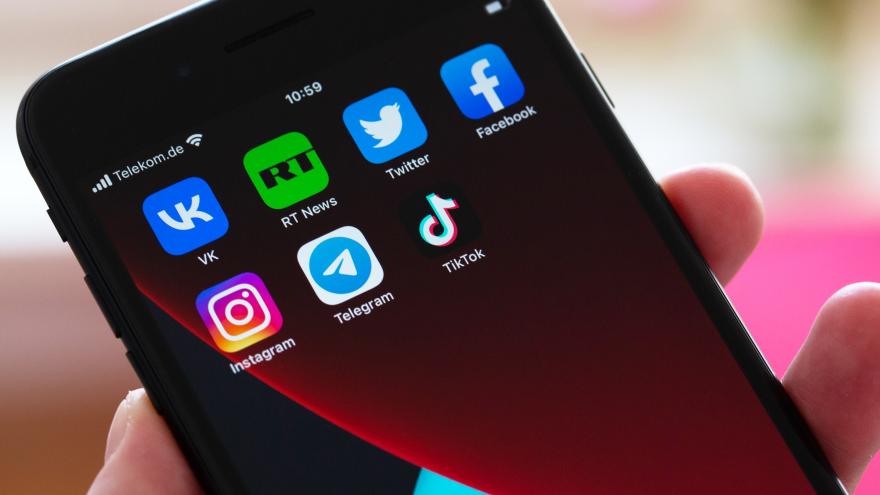 (CNN) -- Netflix and TikTok are suspending all or part of their services in Russia, adding to a long list of companies boycotting the country over its war in Ukraine.

Netflix said on Sunday that it would stop streaming its content in Russia, though it did not specify what would happen to existing subscriber accounts.

"Given the circumstances on the ground, we have decided to suspend our service in Russia," a company spokesperson told CNN.

Last week, the streaming giant refused to comply with a new law requiring platforms with more than 100,000 subscribers to air Russian-state TV channels. The company, which according to Bloomberg has fewer than 1 million subscribers in the country,has paused all future projects and production on Russian original shows, Variety reported.

Netflix joins a growing number of entertainment and media companies pulling back from Russia. Disney has paused all theatrical releases in the country. Warner Bros, which is owned by CNN's parent company, WarnerMedia, said its blockbuster "The Batman" would not hit Russian theaters.

TikTok also said on Sunday that it would prevent new uploads and livestreams on its platform in Russia, citing punitive new laws criminalizing the spread "fake" information concerning the government's assault on Ukraine.

"In light of Russia's new 'fake news' law, we have no choice but to suspend livestreaming and new content to our video service while we review the safety implications of this law," the company tweeted.

Russian users would still be able to use TikTok's in-app messaging service, it added.

The law, passed by the Russian parliament on Friday, penalizes those who discredit the Russian armed forces or call for sanctions against the country. Lawbreakers could face a prison sentence of up to 15 years or a 1.5 million ruble ($14,085) fine, state media agencies reported.

The new rules pushed many international media organizations, including CNN, to stop reporting from Russia over fears for the safety of journalists, and have forced many independent Russian outlets to shut down.

TikTok said last week that it had fast tracked a policy to help users identify videos which had been uploaded by state-controlled media accounts. The platform would begin labeling such content in the coming days, it said.

— CNN's Brian Stelter and Brian Fung contributed to this report.