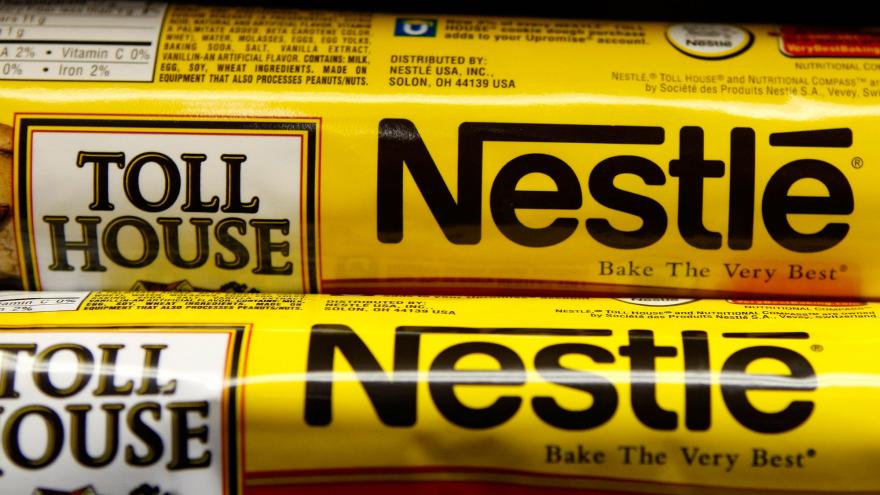 (CNN) -- Nestlé, the world's biggest food and drinks company, raised prices by more than 5% in the first three months of this year as it passed on rising costs to shoppers.

Consumers in North America took the hardest hit, with an 8.5% rise in prices, the company said in its first-quarter earnings report Thursday. Latin America saw the second-biggest increase, with the price of Nestlé products rising 7.7%.

CEO Mark Schneider signaled that more increases are on the horizon.

"We [have] stepped up pricing in a responsible manner and saw sustained consumer demand," he said in a statement. "Cost inflation continues to increase sharply, which will require further pricing and mitigating actions over the course of the year."

Global inflation is soaring. Consumer price inflation in the United States hit 8.5% in March, a 40-year high. In Europe it stands at 7.5%, its highest level since the European Union started collecting data about 25 years ago. The prices of goods leaving Germany's factories — which feed into retail prices — rose by 30% in March over the same month last year. That's the biggest increasein 73 years.

Energy has been the biggest driver behind inflation, but global food prices are also rocketing.

Nestlé reported a 5.4% increase in total sales over the quarter, and expects sales to grow by 5% for the full year.Brands such as Purina PetCare, Nescafé and KitKat were some of the biggest contributors to its first quarter growth.

But higher costs could drag on profits. The company forecasts its underlying profit margin this year to be between 17% and 17.5%, compared to 17.4% in 2021.

Global food prices hit their highest level on record earlier this year as the pandemic, poor weather and upended agriculturethreatened food security for millions of people. Russia's invasion of Ukraine has only made the situation worse, pushing up prices for staple goods such as wheat and vegetable oils.

World Bank president David Malpass warned that rocketing food prices risk a "human catastrophe" in an interview with the BBC this week, and said prices could rise by as much as 37% as a result of the war in Ukraine.

The Swiss giant pulled some of its best known brands, including KitKat and Nesquik, from Russia following President Vladimir Putin's order to invade Ukraine in February, but continues to supply essential food products on humanitarian grounds.