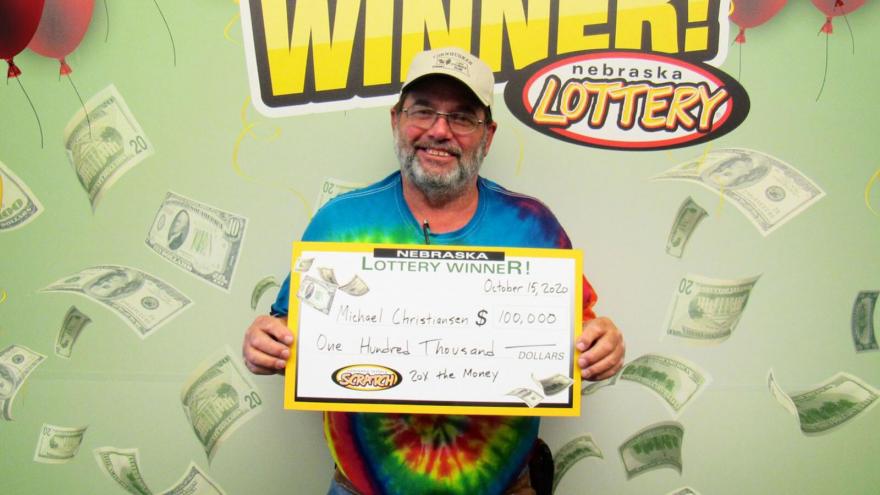 Michael Christiansen has won the jackpot in two Nebraska Lottery scratch games in 2020.

(CNN) -- The chances of winning the lottery are slim to none, but one man's luck has defied the odds.

Michael Christiansen of Norfolk, Nebraska, hit the jackpot for a second time this year.

Earlier this month, Christiansen won $100,000 after purchasing a 20X The Money Scratch ticket. He collected his winnings on October 15 at the Nebraska Lottery's office in Lincoln. It was his second trip to the office this year because he won $50,000 from a Money Clip Scratch ticket in March.

"I couldn't believe it," he said. "What are the odds? I didn't think it was real," Christiansen said in a press release.

He purchased both winning tickets from Louie's Liquor in Norfolk.

When asked what he plans to do with the money, Christiansen gave a few ideas. He said he wants to build a new garage and put some of the money away for his retirement.

Christiansen said his daughter recently passed away, and he's going to try purchase the house she lived in.