Nearly two dozen species of birds, fish and other wildlife are set to be declared extinct and removed from the endangered species list 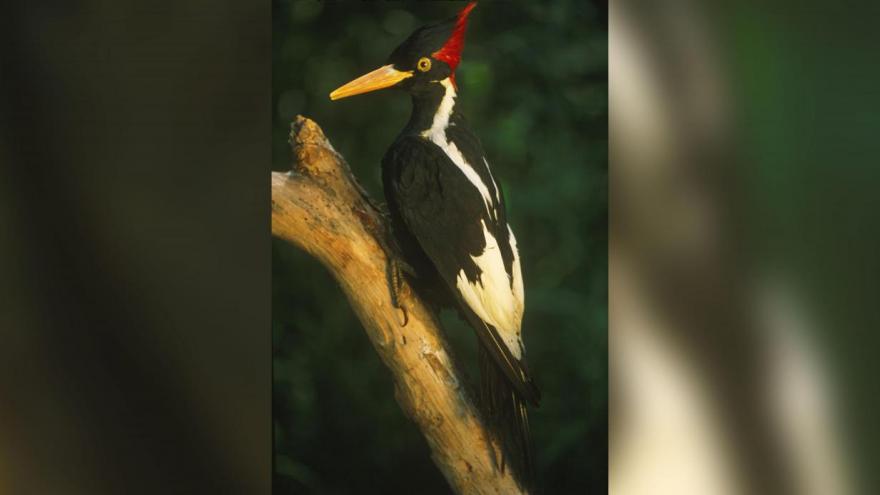 The ivory-billed woodpecker, seen here as a mounted specimen, was last sighted in the 1980s in Louisiana.

(CNN) -- The ivory-billed woodpecker, along with 22 other species of birds, fish, mussels and other wildlife, is set to be declared extinct and removed from the endangered species list, US wildlife officials announced Wednesday.

"For the species proposed for delisting today, the protections of the (Endangered Species Act) came too late, with most either extinct, functionally extinct, or in steep decline at the timing of listing," the US Fish and Wildlife Service said.

Also slated for delisting are the Bachman's warbler, two species of freshwater fishes, eight species of Southeastern freshwater mussels and 11 species from Hawaii and the Pacific Islands.

"The circumstances of each also underscore how human activity can drive species decline and extinction, by contributing to habitat loss, overuse and the introduction of invasive species and disease. The growing impacts of climate change are anticipated to further exacerbate these threats and their interactions," the wildlife agency said.

Interior Secretary Deb Haaland underscored that while a variety of specific factors contributed to each species' demise, "the story arc is essentially the same -- humans altered their habitat in a significant way, and we couldn't or didn't do enough to ultimately change the trajectory before it was too late."

But the interior secretary suggested the extinction of these species can be a "wake-up call" for humans to take action to prevent extinction and protect biodiversity.

"With climate change and natural area loss pushing more and more species to the brink, now is the time to lift up proactive, collaborative, and innovative efforts to save America's wildlife," Haaland said Wednesday in a statement. "The Endangered Species Act has been incredibly effective at preventing species from going extinct and has also inspired action to conserve at-risk species and their habitat before they need to be listed as endangered or threatened.

"We will continue to ensure that states, Tribes, private landowners, and federal agencies have the tools they need to conserve America's biodiversity and natural heritage."

Monarch butterfly and other species are wait-listed

The species placed on the extinction list had not been seen in decades, so their inclusion came as little surprise to experts.

More concerning are species on the wait list for protection by the wildlife agency, said Tierra Curry, a senior scientist at the Center for Biological Diversity.

The monarch butterfly is of particular concern, she said. It wasn't added to the federal endangered species list in December and won't be reconsidered until 2024.

"It means the population can crash with no protection," Curry said, noting climate change, hotter temperatures and pesticide use threaten the butterfly's migration pattern and food sources. "It's beloved; it used to be common."

Climate change is making fragile conditions for some declining species even more challenging, she said.

"Climate change threatens life on Earth," Curry said. "We have to fight climate change and biodiversity loss at the same time. Climate changes gets a lot more attention than extinction, but extinction is a big problem."

The proposal to delist the 23 species announced Wednesday will be open for public comment until the end of December, the agency said.

Almost 3 billion birds have been lost in North America since 1970, according to a US Fish and Wildlife Service news release.

The ivory-billed woodpecker was never known as a common bird because it depended on large Southern swamps with lots of space and food to thrive, according to the American Bird Conservancy. Once its habitat began to disappear because of uncontrolled logging, the woodpecker became scarce. It was frequently shot by hunters and collectors, which likely contributed to its disappearance, the conservancy said.

The last positively confirmed sighting of the ivory-billed woodpecker in the United States was in Louisiana in the 1940s, said John Fitzpatrick, director emeritus of the Cornell Lab of Ornithology. But there are reports of sightings and grainy video of the bird dating to the early 2000s in eastern Arkansas that haven't been confirmed.

"My view, it's way premature to declare the bird extinct officially on the part of the US Fish and Wildlife Service because the bird may still exist," he told CNN. "The point of declaring something extinct is having rock solid evidence that it is gone."

Fitzpatrick and other ornithologists will petition the wildlife agency during the comment period to take the bird off the extinction list, he said.

"I'm hopeful they'll take another look at this and say we can actually pull this back for another decade or two," Fitzpatrick said. "We continue to say it's worth searching for this bird."