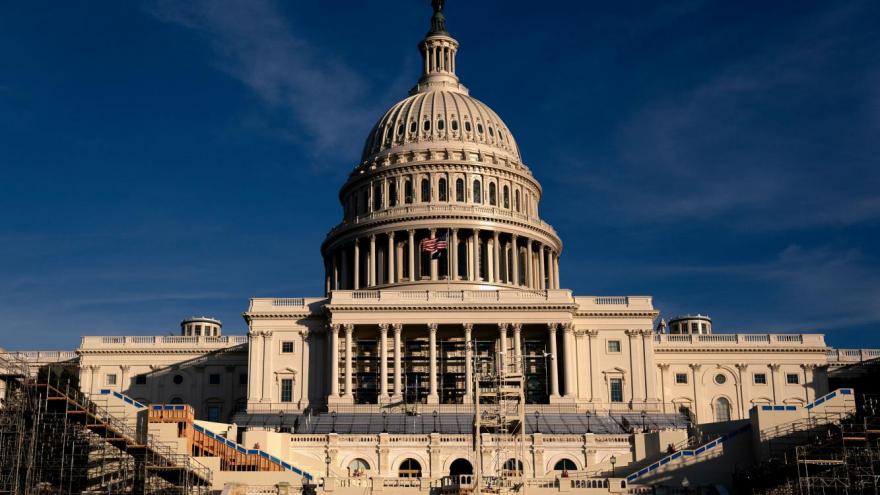 Nearly a dozen Republican senators and senators-elect announced Saturday they will vote against counting electoral votes next week when Congress is expected to certify President-elect Joe Biden's victory.

(CNN) -- Nearly a dozen Republican senators and senators-elect announced Saturday they will vote against counting electoral votes next week when Congress is expected to certify President-elect Joe Biden's victory -- despite no credible evidence suggesting widespread voter fraud in the 2020 election.

The 11 Republican lawmakers said they intend to support an objection to the Electoral College votes, if one is brought, and propose an election commission to conduct an "emergency 10-day audit" of the election returns in the "disputed states." The group includes Sens. Ted Cruz of Texas, Ron Johnson of Wisconsin, James Lankford of Oklahoma, Steve Daines of Montana, John Kennedy of Louisiana, Marsha Blackburn of Tennessee, and Mike Braun of Indiana, and Sens.-elect Cynthia Lummis of Wyoming, Roger Marshall of Kansas, Bill Hagerty of Tennessee and Tommy Tuberville of Alabama.

"A fair and credible audit—conducted expeditiously and completed well before January 20—would dramatically improve Americans' faith in our electoral process and would significantly enhance the legitimacy of whoever becomes our next President. We owe that to the People," they said in a statement, adding that Congress' vote on January 6 is the "lone constitutional power remaining to consider and force resolution of the multiple allegations of serious voter fraud."

Pence appeared to endorse the move on Saturday.

"Vice President (Mike) Pence shares the concerns of millions of Americans about voter fraud and irregularities in the last election. The Vice President welcomes the efforts of members of the House and Senate to use the authority they have under the law to raise objections and bring forward evidence before the Congress and the American people on January 6th," said Marc Short, the chief of staff for the vice president, in a statement to CNN.

As CNN has previously reported, the objection from President Donald Trump's Republican allies has virtually zero chance of changing the election outcome, only to delay for a few hours the inevitable affirmation of Biden's victory as the Electoral College winner and the next president.

There have been no credible allegations of any issues with voting that would have impacted the election, as affirmed by dozens of state and federal courts, governors, state election officials and the departments of Homeland Security and Justice. And not one of the Republican officeholders objecting to Biden's victory have objected to Trump's wins, or in some cases their own wins, on the same day.

On Wednesday, Missouri Republican Sen. Josh Hawley became the first senator to announce plans to object to the results -- a significant move since both a House member and senator are required to mount an objection when Congress counts the electoral votes. CNN previously reported that at least 140 House Republicans are expected to vote against counting the electoral votes in Congress, according to two GOP House members.

In their statement, the 11 GOP senators and senators-elect did not specify the states they intend to reject, but Hawley has signaled that he plans to object to at least one state's certification, Pennsylvania.

"The egregious ploy to reject electors may enhance the political ambition of some, but dangerously threatens our Democratic Republic. The congressional power to reject electors is reserved for the most extreme and unusual circumstances. These are far from it. More Americans participated in this election than ever before, and they made their choice," Romney said in a statement on Saturday.

Senate Majority Leader Mitch McConnell -- who has said the vote would mark one of the most significant, perhaps the most significant, he'd ever cast -- has told the Senate GOP conference to vote their conscience but has also privately urged members not to join the efforts. Some Republican senators have already publicly spoken out against the strategy.

Senate Minority Leader Chuck Schumer, a New York Democrat, seemingly dismissed the announcement Saturday from the handful of Republicans, tweeting: "Joe Biden and Kamala Harris will be President and Vice President of the United States in 18 days."

The 11 Republican lawmakers appeared to acknowledge Saturday that their efforts may be futile, saying that they're "not naïve" and "fully expect most if not all Democrats, and perhaps more than a few Republicans, to vote otherwise."

Mike Gwin, a spokesperson for Biden, completely dismissed the plan from the Republican senators, calling it a "stunt" on Saturday.

"This stunt won't change the fact that President-elect Biden will be sworn in on January 20th," Gwin said. "And these baseless claims have already been examined and dismissed by Trump's own Attorney General, dozens of courts, and election officials from both parties."

On Friday, a federal judge threw out a lawsuit from GOP Rep. Louie Gohmert of Texas and several Arizona Republicans seeking to force Pence to help throw the election to Trump.