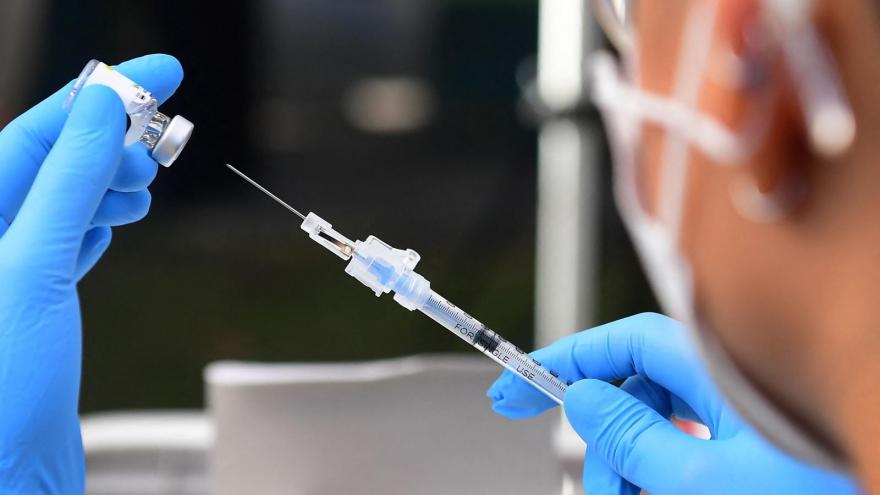 With nearly 97% of Air Force service members vaccinated against Covid-19 by the service's deadline on Tuesday, thousands of airmen have applied for religious exemptions, though none have yet been granted.

(CNN) -- With nearly 97% of Air Force service members vaccinated against Covid-19 by the service's deadline on Tuesday, thousands of airmen have applied for religious exemptions, though none have yet been granted.

According to data released by the Air Force as it reached its November 2 deadline, 96.9% of the roughly 326,000 airmen are either fully or partially vaccinated, while 800 service members have outright refused to be vaccinated.

Of the nearly 8,500 airmen who have not yet been vaccinated, some 5,000 have applied for religious exemptions. Those requests are now in progress and will be evaluated over the next 30 days on a case-by-case basis, the Air Force said in a statement accompanying the data. No religious exemptions have been granted to date.

There have been approximately 1,600 medical exemptions granted and another 232 administrative exemptions.

"Getting vaccinated ensures we are a ready force to meet our commitments to the Nation while protecting the health of our team and families," said Air Force Chief of Staff Gen. Charles Brown.

The Air Force has the earliest deadline for vaccination of the military services. The Navy and Marine Corps deadlines are on November 28, while the Army deadline is on December 15.

Defense Secretary Lloyd Austin made the fight against coronavirus as one of his top priorities back in January. Initially, the Pentagon encouraged service members to get vaccinated while the Covid-19 vaccines were under an emergency use authorization.

When the Pfizer vaccine received full FDA approval in August, Austin made it clear that he would seek to vaccinate the force in the name of military readiness. He instructed the services to create a plan to vaccinate troops as quickly as possible.

"To defend this Nation, we need a healthy and ready force," Austin wrote in late-August.

The Navy and Marine Corps have said in the past that they have not yet granted any religious exemptions to the Covid-19 vaccine.

Defense Department civilians have until November 22 to be fully vaccinated or they face termination. Civilians can be given five days of counseling and education, as well as approximately 14 days of suspension without pay. Ultimately, they too can be terminated for refusing the vaccines.