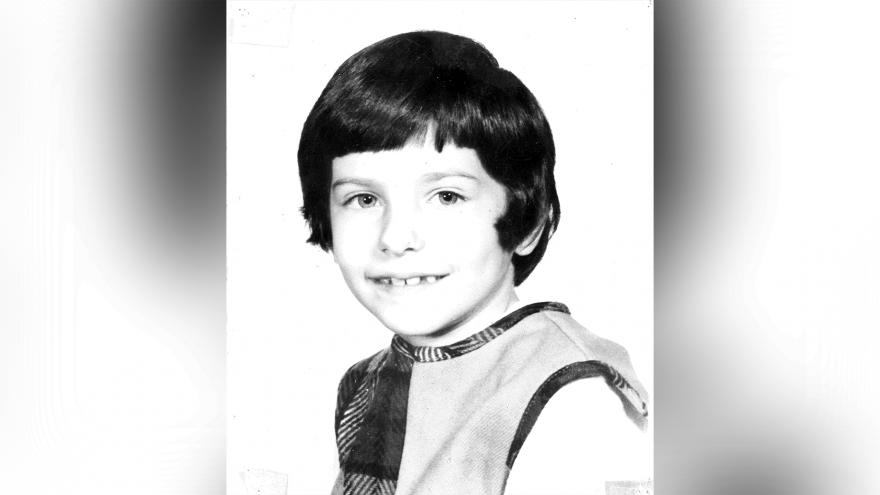 (CNN) -- Nearly 58 years ago, Marise Chiverella was murdered and her body left in a hole in Hazleton, Pennsylvania. She was only 9 years old.

State police worked tirelessly over the years but were unable to identify her killer until now. Thanks to DNA and genealogy tracking, authorities announced Thursday, they have solved her case.

"Pennsylvania state police was founded in 1905, so over half of our existence we've investigated this case," said Pennsylvania State Police Lieutenant Devon Brutosky during Thursday's news conference.

Joined by current and retired detectives and officials who worked the case, along with Chiverella's siblings, Brutosky detailed how police identified James Paul Forte, who died in 1980, as Chiverella's murderer.

DNA left on her jacket

On March 18, 1964, Chiverella left her house to walk to school. She was last seen alive around 8:10 a.m., according to Pennsylvania State Police. After 1 p.m., her body was discovered in coal refuse pit. Investigators determined she was sexually assaulted, murdered and left in the hole with all her belongings.

Her siblings on Thursday described her as a quiet, sweet girl that had aspirations of becoming a nun. She also enjoyed playing the organ.

"We have so many precious memories of Marise. At the same time our family will always feel the emptiness and the sorrow of her absence," said Carmen Marie Radtke, Marise's sister, during the news conference. "Consequently, we will continue to ask ourselves what would have been or could have been."

The case went cold until 2007 when the state's DNA lab was able to develop the suspect's DNA profile using fluid that was left on Chiverella's jacket. Police were hoping this was the break in the case they needed, but the DNA didn't return any matches.

"Police checked the database monthly against all other criminals that had DNA in the system," said Brutosky.

In 2019, with help from Parabon Nano-Labs, the DNA profile was uploaded to GED Match, a genealogical database. Through that, police were able the get their first genealogical match: a very distant relative, possibly a 6th cousin, according to Brutosky.

In 2020, genealogist Eric Schubert contacted the state police offering to help free of charge and lend his unique skill set of tracing down family trees to find matches. Schubert, only 18 at the time, had assisted other police departments on several cold cases.

"Mr. Schubert began genealogical work on the family tree of our match and very shortly we were provided names of relatives who were scattered throughout the country," a police statement said. "We were fortunate enough to have most of the related family cooperate and provide us their DNA samples."

The investigation determined that Forte was the suspect in Chiverella's death. Forte would have been 22 at the time of the crime. He died in 1980 of natural causes, possibly a heart attack, according to police.

To confirm, Forte was exhumed last month so that investigators could take a DNA sample to match the suspect's profile. On February 3, the result confirmed his DNA matched.

"To put the numbers in perspective, it is estimated that there have only been 117 billion people who have ever inhabited earth," the police statement said. "In order to find another match to Mr. Forte you would need to search over 4 million planet earths."

This is fourth oldest cold case to be solved in in the country using genetic genealogy and the oldest in the state of Pennsylvania, according to state police Cpl. Mark Baron. Over 230 department personnel had a hand in the investigation over the years, without including civilians in the crime lab, Baron added.

Forte's name never came up over the years, police said, and they believe this was a random attack.

In 1974, Forte plead guilty to aggravated assault and served a year of probation, according to Baron. In 1978, he was arrested for recklessly endangering and harassment, police said.

Chiverella's siblings said that their parents never sought revenge or punishment to their daughter's killer. They just wanted justice.

"Our family now knows the identity of her murderer," said Radtke. "Justice has been served today."