Nearly 50 years after the crime, Massachusetts district attorney says teenager was murdered by a Catholic priest 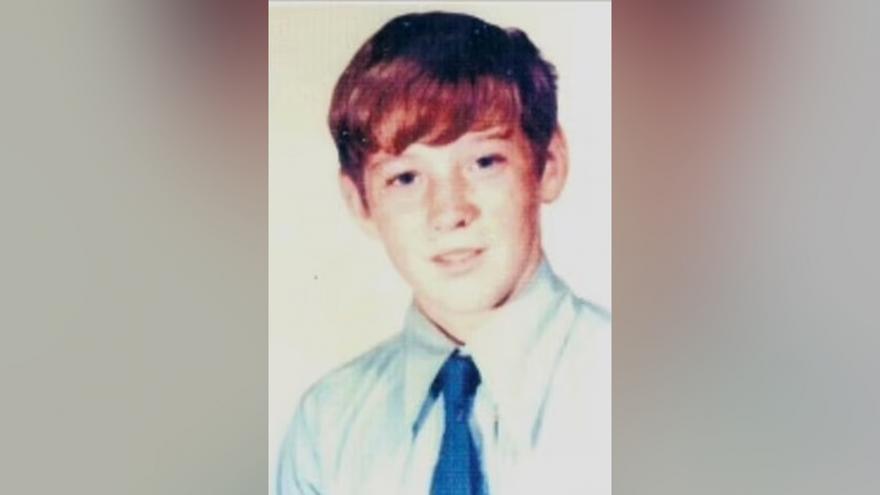 (CNN) -- Nearly 50 years after a Massachusetts teenager was murdered, officials announced Monday that a Catholic priest close to the family was responsible for the crime.

On Friday, officials were obtaining an arrest warrant for Richard R. Lavigne, but he died that evening in the hospital, Hampden District Attorney Anthony Gulluni's office said in a statement Monday. Lavigne had some physical ailments, Gulluni said at a news conference, and had not been well for a period of time.

Daniel Croteau, 13, was found dead in the Connecticut River in Chicopee, Massachusetts, on April 15, 1972, wearing the clothes he'd worn to the local Catholic school a day earlier, the DA's office said.

Daniel and his four brothers served as altar boys for Lavigne at Saint Catherine of Sienna in Springfield, the DA's office said. The priest also took Croteau and his brothers on outings without their parents multiple times and the priest had invited Daniel and his brothers to stay at his parents' home in Chicopee a few times as well, Gulluni said.

Lavigne was defrocked by the Catholic Church in 2004 because it had received numerous sexual complaints against him, according to Mark Dupont, spokesman for the Diocese of Springfield.

"Danny's parents, Carl and Bernice, told reporters that they just wanted answers. Based on the accumulation of historical evidence, the evidence gained in the last year, and the admissions of Richard Lavigne, I believe we now have those answers," Gulluni said in a statement.

"While formal justice may not have befallen Richard Lavigne here on this earth, we hope now to provide answers and some measure of closure to Danny's family," he added.

In March of 2020, Gulluni's office turned fresh attention to the murder of Croteau, working with the Massachusetts State Police Detective and Unresolved Cases units.

Investigators combed through thousands of documents, decades of evidence, and also zeroed in on a letter that Lavigne told investigators that he'd received in 2004 from the teen's murderer admitting guilt, according to Gulluni's office. The letter was unsigned.

An expert in forensic linguistics examined the letter on March 5, 2021, and compared it with other letters written by Lavigne, according to the district attorney's office. The examination report on May 21 said that the "language patterns in the questioned document are consistent with language patterns in the known Lavigne documents to the point that Richard R. Lavigne cannot be excluded as a possible candidate of authorship."

Meantime, investigators questioned Lavigne for about 11 hours over several days in April and May, 2021, the DA's office said. The defrocked priest refused to admit he killed Daniel and attempted to mislead and distract investigators, Gulluni's office said.

However, Lavigne also made statements that suggested he brought the Croteau to the riverbank on April 14, 1972, had physically assaulted him, and returned a little later to discover the teen lying face down in the river, the DA said.

Joe Croteau, Daniel's brother, said he was grateful to investigators for bringing this case to conclusion.

"I also want to thank all those people who have stepped forward, when it wasn't a good time, to give the district attorney, his staff, and the state police, the information they needed to get to this point," Croteau said at a news conference.

"We're disappointed that he's not being brought to justice, but just like the district attorney, we believe there is a higher power, and he will face that higher power."

Lavigne had been arrested in 1991 for sexual abuse of children and was placed on leave from the church, according to Dupont, the diocese spokesperson.

The bishop of the Springfield diocese released a statement after Gulluni's announcement, apologizing to the Croteau family.

"It is incredibly disheartening to learn that a priest, a person ordained to care for God's people, would have committed such an evil crime and then not taken responsibility for his actions," Bishop William D. Byrne said. "This is all totally contrary to the teachings that we as Catholics believe in and hold sacred.

"It is also another reminder of our past failures as a Church and a diocese to protect children and young adults from such terrible predators in our midst. Although we have made great strides in improving our child protection efforts, that is little consolation to the victims of Richard Lavigne and the numerous other sexual predator clergy who preyed upon our youth."