Nearly 400 gallons of gas were stolen from a North Carolina gas station after the payment system was bypassed, owner says 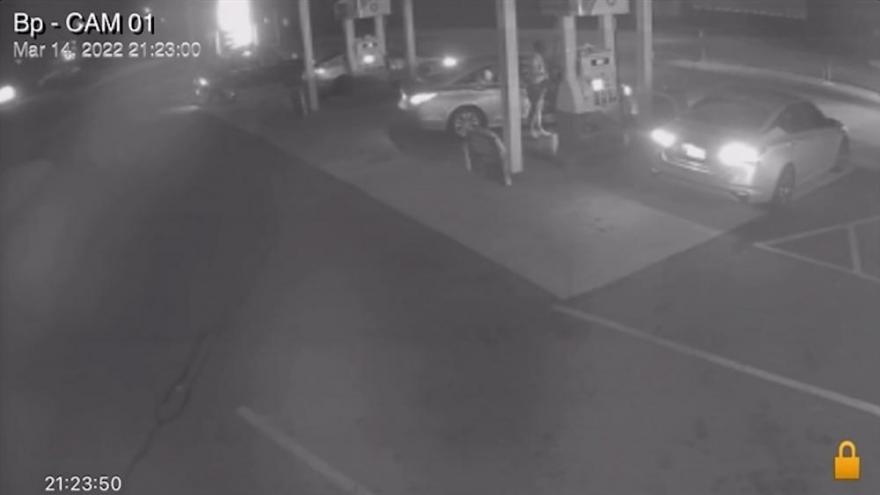 Nearly 400 gallons of gas were stolen from a North Carolina gas station this week, prompting the owner to take extra security precautions amid historically high gas prices nationwide. The gas stolen from the station in High Point, North Carolina, amounts to $1,600, the owner says.

Hardik Patel said he will start shutting off the power to his pumps after business hours after 398 gallons of gas were stolen from his Bizzy Bee Grocery Store and Gas Station in High Point, North Carolina, Monday.

Surveillance footage showed a car pull up near the pumps and someone appeared to use a device to bypass the payment system, Patel said. After that, more than 15 cars pulled up and filled their tanks over the course of 45 minutes, taking $1,600 worth of gas, Patel said.

"I've been in business for 15 years and owned other gas stations. I have never seen something like this," Patel told CNN. "It wasn't free, they were stealing."

Patel said police were alerted to the theft by people who called to report several cars at the station after-hours.

The incident comes as gas prices have climbed to recent record highs. The national average reached $4.33 a gallon Monday after setting four records in a row last week. As of Thursday morning, the average was $4.29 a gallon, according to AAA.

The spike in gas prices is partially a result of sanctions against oil producer Russia over its invasion of Ukraine as well as a market that was already inflated by lowered production during the Covid-19 pandemic.

The soaring prices have prompted police around the country to warn drivers to protect the gas in their tanks by either purchasing a locking gas cap, parking in a visible well-lit area or avoiding parking in public places for long periods of time.

In North Carolina, Patel said if his station is subjected to gas theft "too often," he'll have to consider whether he should stay in the business.

"If I lose more than I make, there might be some things to think about," he said.

The High Point Police Department is investigating the theft at Patel's station and has not made any arrests.