Neanderthal children grew and were weaned much like modern humans, new study says 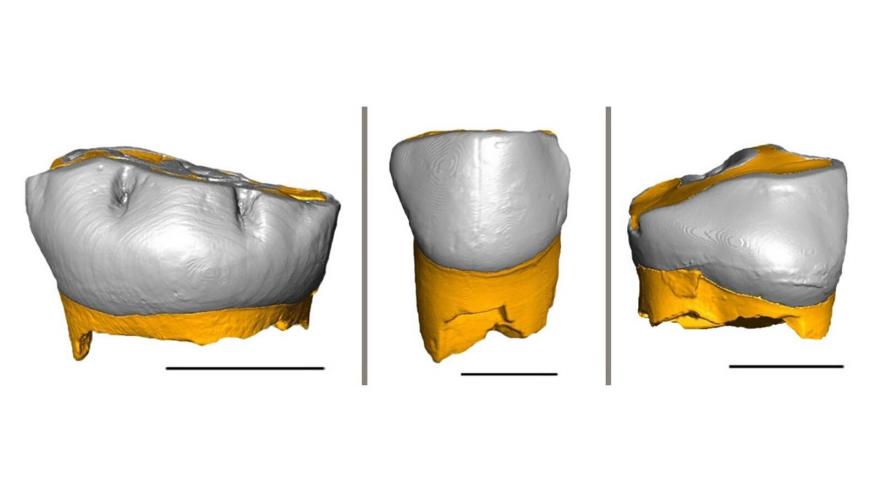 (CNN) -- Now we know we have one more thing in common with the Neanderthals, our closest evolutionary cousins, who went extinct around 40,000 years ago.

Much like we do, Neanderthals introduced their babies to solid foods around 5 to 6 months of age, a new study published Monday in the Proceedings of the National Academy of Sciences journal revealed.

Through both geochemical and histological analyses of three baby teeth that belonged to Neanderthal children, researchers have shed more light on the weaning and growth pace of Neanderthal babies. The children lived in a small area of northeastern Italy between 70,000 and 45,000 years ago.

The energy demands of Neanderthal children were similar to those of humans, the scientists argued. In fact, Neanderthal and human newborns were likely to be of similar weight and have similar gestational histories.

These findings debunk the theory that a longer breastfeeding process for Neanderthals, which would cause longer periods of postpartum infertility for mothers, could have been a contributing factor to their extinction, co-senior author Stefano Benazzi, a professor in physical anthropology at the University of Bologna in Italy, told CNN.

"In this hypothesis, Homo sapiens, who had a shorter breastfeeding period, were able to have larger populations, effectively outnumbering Neanderthals," Benazzi explained.

"This study demonstrates that the way Neanderthals and Homo sapiens raised their children are actually similar, so this hypothesis has to be rejected," he said. "We need to find the explanation somewhere else."

The Neanderthal-era baby teeth were found in caves between the provinces of Vicenza and Verona in northeastern Italy. The teeth belonged to three separate children, who lost them naturally as part of the process of growing up, according to the scientists.

Much like a tree trunk has growth rings for each year of life, teeth present growth lines, forming on a daily basis until the enamel is fully developed, the researchers explained.

"It's a fitting comparison," said co-first author Federico Lugli, a postdoctoral researcher at the University of Bologna's department of cultural heritage. "These lines can be studied with noninvasive techniques or through histology, cutting thin sections of the teeth."

Combined with chemical analysis looking at the strontium concentration in the teeth, information from these growth lines provided important information about the chronology of weaning in our evolutionary cousins.

To corroborate their data, scientists also compared information from the baby teeth of contemporary children with documented eating and weaning histories to their findings on the weaning of Neanderthal children.

What baby teeth tell us about Neanderthal moms

Even if teething happens later in a baby's life, primary teeth form before birth, and the growth lines associated with the moment of birth have a specific, recognizable shape, Benazzi said.

That also allowed scientists to broaden the scope of study from the children to their mothers.

"Since baby teeth mostly form in utero, what we see in the chemistry in these specimens is partly connected to the behaviors and dietary habits of their mothers," Lugli explained.

Building on the body of evidence from previous studies, Lugli explained that the diet of Neanderthals examined was high in protein.

It's possible that pre-chewed meat would have been among the solid foods used while weaning Neanderthal children, Lugli said, but this hypothesis will require further study.

What baby teeth tell us about Neanderthal mobility

The scientists also used strontium isotope analyses to relate the chemical composition of the Neanderthal baby teeth to that of archaeological rodent teeth found in the same geographic context.

This allowed the team to establish that Neanderthals weren't as mobile as previously thought.

How long to breastfeed is a question that many new moms wrestle with today.

From the scientists' perspective, decisions around when to stop breastfeeding are influenced by cultural factors, but weaning is ultimately a matter of physiology.

"Weaning is a complex period in the life of both children and mothers," Lugli explained.

At around 6 months of age, children have energy demands that require an external source of nutrition to allow them to grow, Lugli argued.