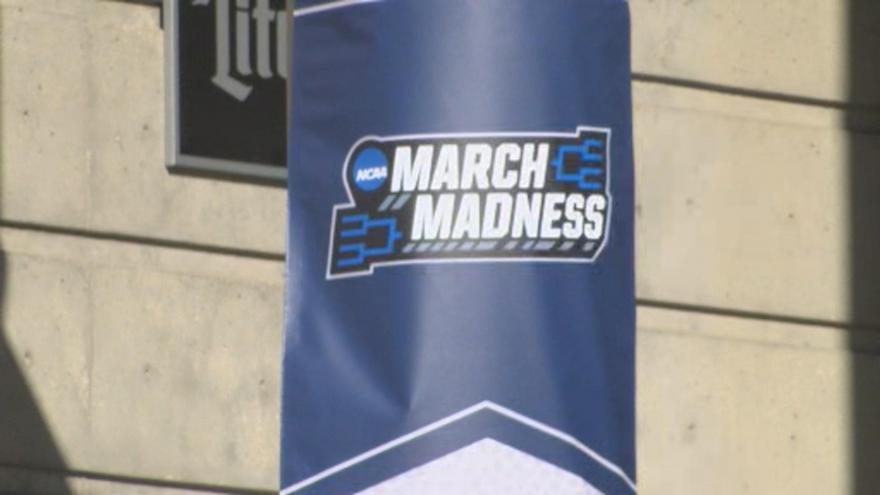 INDIANAPOLIS (P) — No. 12 Oregon State has reached the NCAA regional finals for the first time in 39 years by downing Loyola Chicago, 65-58. Ethan Thompson scored 20 points, including a pair of clinching foul shots with 35 seconds left. Warith Alatishe (WAHR'-ihth al-ah-TEE'-shee) added 10 points and 11 rebounds for the Beavers, who were picked to finish last in the Pac-12 but won the conference tournament to reach the NCAA Tourney.

INDIANAPOLIS (AP) — Top-seeded Baylor overcame some frigid outside shooting to move into the NCAA's Elite Eight, getting 16 points from Adam Flagler in a 62-51 victory over No. 5 Villanova. Davion (DAY'-vee-ahn) Mitchell went 0 for 3 from beyond the arc in a 14-point night after entering the game shooting 46% from downtown. The Bears took a six-point lead with a 14-2 run, during which not a single point came from outside the arc.

INDIANAPOLIS (AP) — Arkansas overcame a seven-point, halftime deficit to beat No. 15 seed Oral Roberts, 72-70. Davonte Davis hit a short jumper with 2.9 seconds left to send the Razorbacks to the NCAA's Elite Eight for the first time in 26 years. Jalen Tate dropped in 22 points to help Arkansas overcome a poor shooting night by Moses Moody, who was 4-for-20 in scoring 14 points.

INDIANAPOLIS (AP) — Quentin Grimes scored 14 points while Houston's defense locked down on surging Buddy Boeheim (BAY'-hym), helping the Cougars beat Syracuse, 62-46 in the NCAA Sweet 16. Justin Gorham had 13 points and 10 rebounds for the second-seeded Cougars, who pushed through to their first trip to a regional final in 37 years. Boeheim finished with 12 points on 3 of 13 shooting after pacing the Orange in scoring during the first two games of the NCAA Tournament.