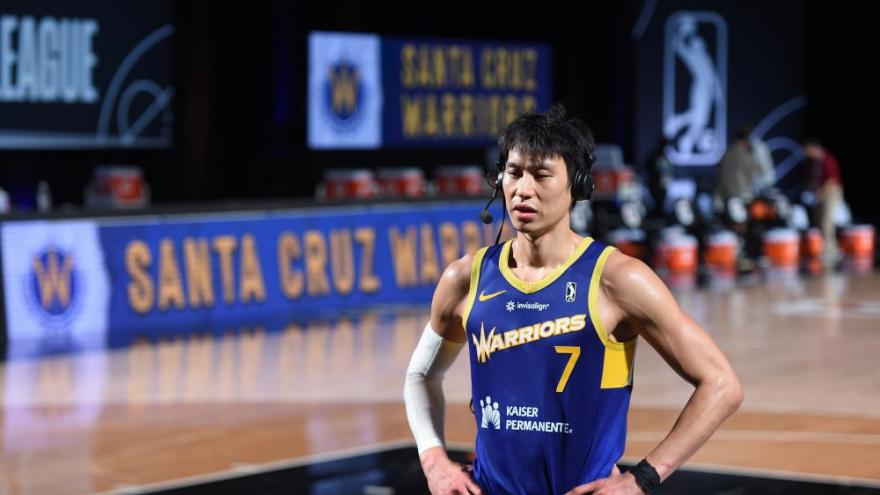 NBA veteran Jeremy Lin says he's been called 'coronavirus' on the court. Lin condemns racism against Asian Americans in the wake of a recent spike of assaults across the US.

"Being a 9 year NBA veteran doesn't protect me from being called 'coronavirus' on the court," the former New York Knicks star wrote on Facebook.

Lin, who currently plays for the Santa Cruz Warriors, which is the G League affiliate of the Golden State Warriors, expressed his anguish for the racism and violence targeting Asian Americans on Thursday.

"We are tired of Asian American kids growing up and being asked where they're REALLY from, of having our eyes mocked, of being objectified as exotic or being told we're inherently unattractive. We are tired of the stereotypes in Hollywood affecting our psyche and limiting who we think we can be. We are tired of being invisible, of being mistaken for our colleague or told our struggles aren't as real.

In 2019, Lin became the first Asian American to win a NBA title while playing for the Toronto Raptors. Lin became a household name back in 2012, when he emerged as the breakout star of the New York Knicks. His success was dubbed "Linsanity."

Lin, who has helped other Asian-American athletes fight racist stereotypes, is the latest high-profile figure speaking up to stop the violence against the AAPI community.

Earlier this month, actress Olivia Munn joined the effort to help find a man who attacked an Asian American woman on the streets of New York while actors Daniel Wu and Daniel Dae Kim teamed up to offer a $25,000 reward for information leading to an arrest in attacks that took place in Oakland's Chinatown.

A 'very fearful time' for AAPIs

Communities and advocates across the US have been on high alert in recent weeks following a string of recent attacks against Asian Americans.

While it's unclear what is fueling the more recent incidents, advocates and authorities have been seen pattern of targeted hate since the coronavirus pandemic began.

Cynthia Choi, co-executive director of Chinese for Affirmative Action said the anti-Asian sentiment has been linked to the false idea that Asians could be blamed for the pandemic.

Choi is also one of the co-founders of Stop APPI Hate, a coalition that has documented anti-Asian hate and discrimination since March of last year. Nearly a year since its creation, the coalition has received more than 3,000 first-hand accounts of anti-Asian incidents, Choi said.

"It's a very fearful time, a very anxiety-ruled, riddled time because Asian Americans feel like they are experiencing so much racism and bigotry. Some are legitimately afraid to leave their homes," Choi told CNN on Friday.