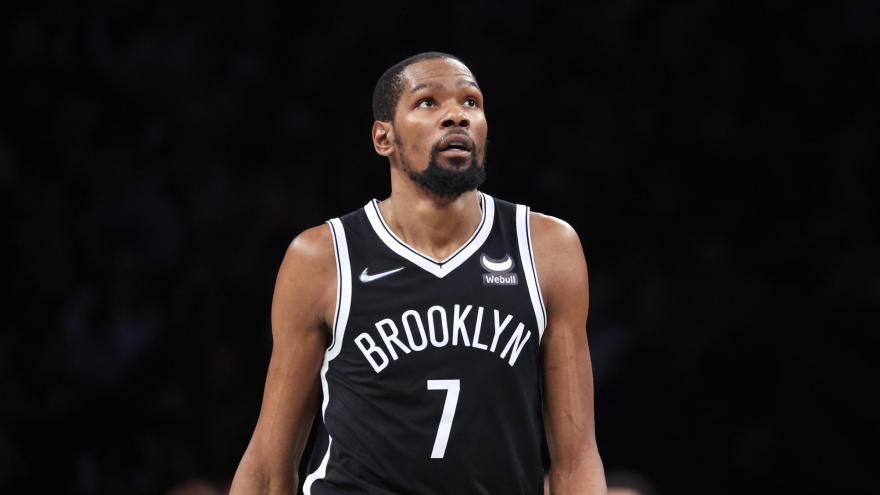 (CNN) -- NBA superstar Kevin Durant has requested a trade from the Brooklyn Nets, according to NBA insiders Sham Charania of The Athletic and Adrian Wojnarowski of ESPN.

According to ESPN, the 33-year-old's business manager, Rich Kleiman, told Wojnarowski that they are working with Nets general manager Sean Marks on finding a trade partner. Wojnarowski reports the Phoenix Suns and Miami Heat are among the teams on Durant's wish list.

CNN has reached out to the Nets and Kleiman for comment but did not immediately hear back.

Durant joined the Nets before the 2019 season in a sign-and-trade deal with the Golden State Warriors and just finished his third season with the franchise, averaging 29.9 points, 7.4 rebounds and 6.4 assists in 55 games. Durant signed an extension with Brooklyn last offseason and is under contract through the 2025/26 season.

Durant was drafted by the Seattle SuperSonics in the first round of the 2007 NBA Draft out of the University of Texas. Durant has been selected to 12 All-Star games and is a two-time NBA champion.

Durant's trade request comes days after Nets teammate Kyrie Irving opted into his player-option with the team for the 2022/23 season, according to Charania and Wojnarowski.

Irving had looked to be heading out the door before opting into his $37 million player option, but according to Wojnarowski, Durant and Irving "want to continue to play together," but not in Brooklyn.