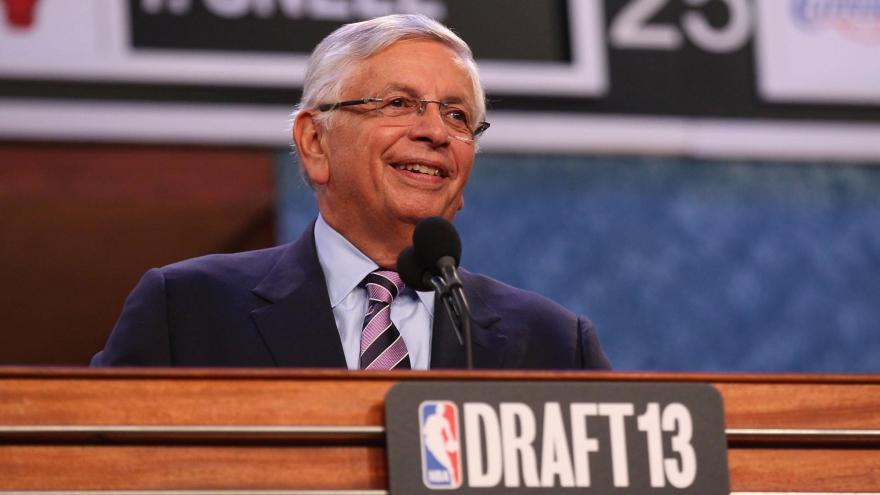 All NBA players and referees will wear a black band on their uniforms to honor former NBA commissioner David Stern, who died earlier this week, the league announced.

(CNN) -- All NBA players and referees will wear a black band on their uniforms to honor former NBA commissioner David Stern, who died earlier this week, the league announced on Friday.

Stern died as a result of a brain hemorrhage he suffered three weeks earlier. He was 77.

Players and officials will wear the new jerseys for the rest of the season, including the playoffs and the NBA Finals, the league said. It's unclear when the uniforms will debut.

The commissioner was credited with transforming the league into a global, multibillion-dollar business. He also oversaw the creation of the Women's National Basketball Association (WNBA) and the NBA Development League.

"Because of David, the NBA is a truly global brand -- making him not only one of the greatest sports commissioners of all time but also one of the most influential business leaders of his generation," NBA commissioner Adam Silver said in a statement.

Stern served as commissioner from 1984 to 2014. During that time, he helped make superstars out of players like Larry Bird, Michael Jordan, Kobe Bryant and LeBron James.

Many current and former players remembered the commissioner's role in shaping their careers.

"When I announced in 1991 I had HIV, people thought they could get the virus from shaking my hand," Magic Johnson tweeted. "When David allowed me to play in the 1992 All Star Game in Orlando and then play for the Olympic Dream Team, we were able to change the world."