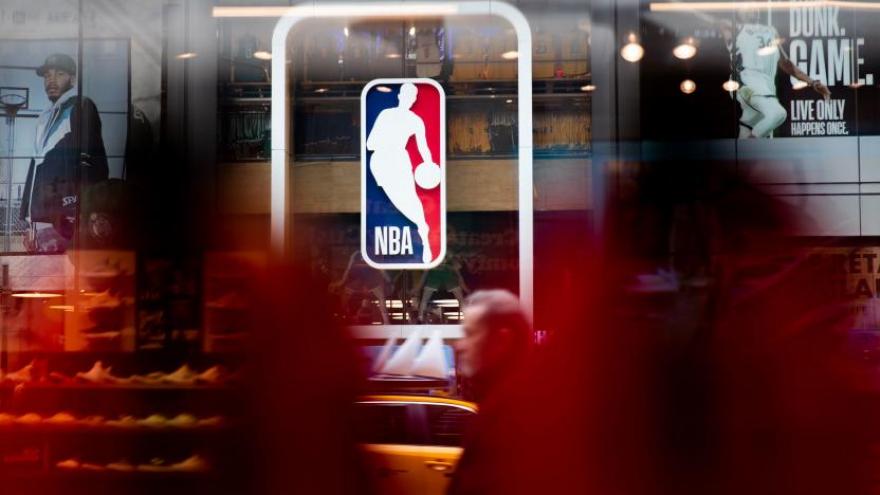 The NBA and the National Basketball Players Association plan to paint the words "Black Lives Matter" on all courts when the season restarts in July, a source familiar with the plan told CNN.

(CNN) -- The NBA and the National Basketball Players Association plan to paint the words "Black Lives Matter" on all courts when the season restarts in July, a source familiar with the plan told CNN Monday.

The news was first reported by ESPN and comes as athletes across all sports call for justice in the deaths of Black people by police. Both the league and players association have previously announced the goal of taking collective action to combat systemic racism and promote social justice.

Many former and current NBA players alike have released statements, made social media posts or written about the protests following George Floyd's death in police custody.

LeBron James posted an image on Instagram with one side showing the officer kneeling on Floyd's neck and Colin Kaepernick kneeling on the other side with the words "This... ... Is Why" and the caption "Do you understand NOW!!??!!?? Or is it still blurred to you?? #StayWoke."

Michael Jordan wrote in a statement after Floyd's death that he was "deeply saddened, truly pained and plain angry."

Kareem Abdul-Jabbar defended protesters in a powerful op-ed for The Los Angeles Times earlier this month.

"African Americans have been living in a burning building for many years, choking on the smoke as the flames burn closer and closer. Racism in America is like dust in the air. It seems invisible -- even if you're choking on it -- until you let the sun in. Then you see it's everywhere," the Hall of Famer wrote.

The 2019-2020 NBA season will resume July 30 at Walt Disney World Resort in Orlando, Florida. The season was suspended on March 11 due to the coronavirus pandemic.