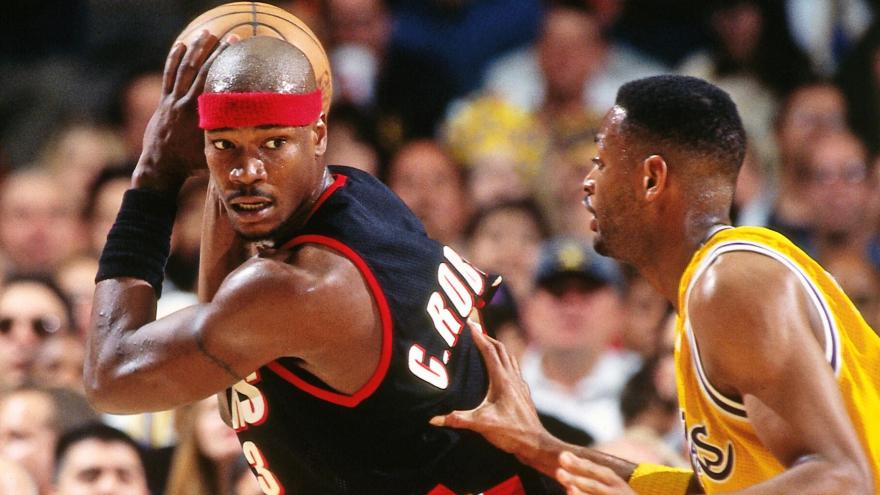 Cliff Robinson #3 of the Portland Trail Blazers has died. His cause of death is unknown at this time.

(CNN) -- Cliff Robinson, NBA All-Star who played with the Portland Trail Blazers and Phoenix Suns, has died at the age of 53.

"The UConn Basketball family mourns the loss of a legendary player and person, Clifford Robinson," the University of Connecticut Men's Basketball Team tweeted Saturday morning. Robinson was a former player for the university.

Robinson's cause of death is unknown at this time.

The former player from Buffalo, New York, was drafted out of the University of Connecticut to play for the Portland Trail Blazers in 1989 and was a critical player for the eight seasons he played there.

"He was our first great player... he came from a difficult background in Buffalo, I watched him evolve as a man... he was a good man, had a great career, and was instrumental in a lot of the great things that happened at UConn," former Huskies coach Jim Calhoun told David Borges of Hearst Connecticut Media.

Robinson helped lead the Trail Blazers to two NBA Finals and won the 1993 Sixth Man of the Year Award before playing for the Phoenix Suns, Detroit Pistons, Golden State Warriors and New Jersey Nets. He was selected as an All-Star once, in 1994.

Many of Robinson's former teams and teammates honored him in tributes shared on Twitter.

"The Trail Blazers organization is deeply saddened by the passing of Trail Blazers great Cliff Robinson. We extend our heartfelt condolences to Cliff's family & loved ones. Uncle Cliffy will be greatly missed by the Trail Blazers & all of Rip City," his former team said on Twitter.

Rex Chapman, who played with Robinson during his time with the Phoenix Suns, mourned him on Twitter.

"2020 sucks. Devastated with the passing of one of the best teammates ever - Clifford Robinson," Chapman said. "Guy absolutely loved to hoop. Never missed practice. Guarded the toughest guy every night and was a walking bucket. A great dad. Laughed every day. Res, bro. Rest, Cliffy."

Mario Eli, Robinson's teammate with the Trailblazers and the Suns, also honored the NBA star.

"Lost another brother today Clifford Robinson. One of the best team mates and just a good dude. Rest in power my man...Sad. Played 18 yrs in the NBA," Eli tweeted.

The Golden State Warriors also mourned the former player and highlighted his love of basketball.

"We're shocked and saddened with the death of Clifford Robinson at the much-too-young age of 53," the Golden State Warriors said in a statement. "Clifford was the consummate professional who loved the game and played with an incredible sense of both joy and intensity during his outstanding 18-year career, including two seasons with the Warriors. We extend our thoughts and prayers to the family and friends of "Uncle Cliffy" during this difficult time."