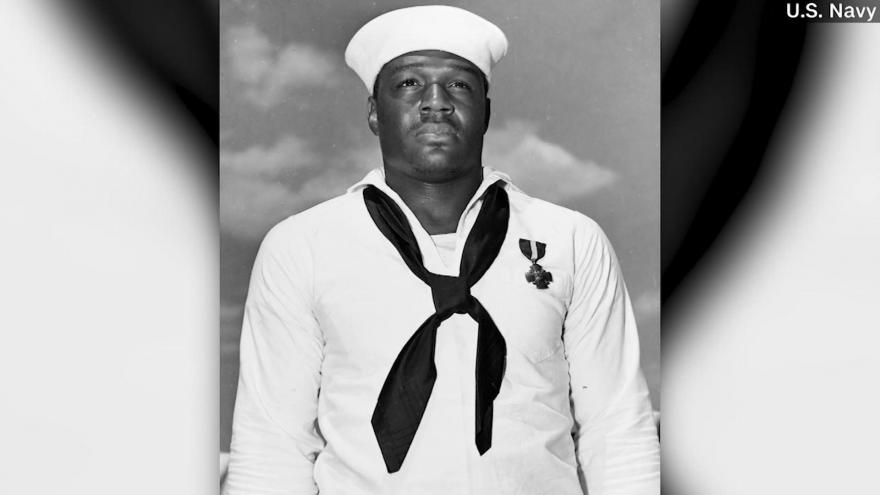 The US Navy will announce that it will name a new aircraft carrier after Doris "Dorie" Miller, a decorated African American World War II veteran who defended Pearl Harbor during the 1941 attack on the Hawaiian naval base.

Acting Secretary of the Navy Thomas Modly made the announcement Monday during a ceremony at Joint Base Pearl Harbor-Hickam on Martin Luther King Jr. Day, the national holiday commemorating the life of the slain civil rights leader.

During the attack on Pearl Harbor, Miller manned an anti-aircraft machine gun aboard the battleship USS West Virginia "until he ran out of ammunition and was ordered to abandon ship," according to a Navy biography, which said he "had not been trained to operate" the weapon. Miller said he believed he shot down a Japanese plane during the attack, the biography said. The following year, Miller received the Navy Cross, the highest medal awarded by the Navy, becoming the first African American to receive the honor.

"Dorie Miller stood for everything that is good about our nation," Modly said. "His story deserves to be remembered and repeated wherever our people continue to stand the watch today."

The aircraft carrier to be named after Miller will also be the first one named after an enlisted sailor, Modly added.

Miller fought in the Pacific Theater until November 1943, when the ship he was assigned to was sunk by a Japanese submarine torpedo. He was listed as missing for a year and a day before being presumed dead on November 25, 1944, according to his biography.

In addition to the Navy Cross, Miller also received the Purple Heart Medal and the American Defense Service Medal, Fleet Clasp, as well as the Asiatic-Pacific Campaign Medal and the World War II Victory Medal, according to the Navy. In 1973, a Knox-class frigate was named in honor of Miller, but was later decommissioned in the 1990s.

Eleven aircraft carriers are currently in the Navy's fleet. The most recent one, the USS Gerald Ford, was commissioned in 2017 and is the Navy's most expensive warship.

This story has been updated with additional information from the ceremony Monday.