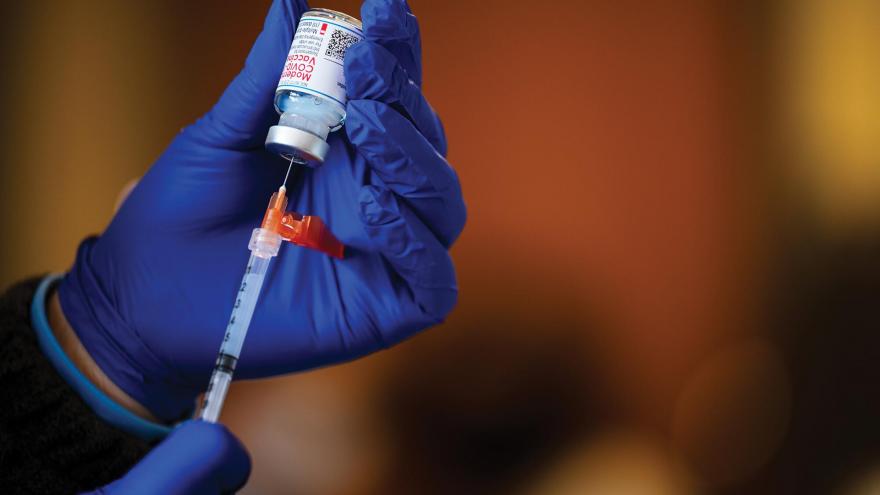 The US Navy will begin discharging sailors who refuse to get vaccinated against Covid-19, just as the Air Force announced earlier this week that they had discharged service members for failing to get vaccinated.

(CNN) -- The US Navy will begin discharging sailors who refuse to get vaccinated against Covid-19, just as the Air Force announced earlier this week that they had discharged service members for failing to get vaccinated.

On Wednesday, the Navy put out its updated guidance that sailors who fail to follow the lawful order to be vaccinated will be separated. But any sailor who refused to be vaccinated but changed their mind can remain in the military.

"In order to ensure a fully vaccinated force, U.S. Navy policy is, first, that all Navy service members receive the vaccine as directed and, second, that any who refuse the vaccine be processed for separation at the earliest possible opportunity," said Vice Adm. John B. Nowell, Jr., the chief of naval personnel.

In an effort to speed along a discharge process that can take weeks or longer, the Navy said it would try to process the separations as quickly as possible.

Wednesday also marked the Army's deadline for soldiers to get fully vaccinated. The Army is expected to put out updated data on Thursday, including the number of exemptions granted. As of December 2, the Army had fully or partially vaccinated 96% of its force. No religious exemptions had been granted.

Earlier this week, the Air Force said it had discharged 27 service members for refusing to be vaccinated, likely the first troops to be removed from the military for failure to obey the vaccine mandate.

They were involuntarily separated for failing to follow the lawful order to be vaccinated, Air Force spokeswoman Ann Stefanek said.

The Air Force had the earliest deadline for vaccination, requiring its service members to be fully vaccinated by November 2. Members of the Air Force Reserve and Air National Guard had until December 2.

Stefanek said it is unclear whether any of the 27 service members were Space Force Guardians. All of these were in their first enlistment and had served less than six years, so their requests for vaccine exemptions did not go to a board.

The Air Force had already removed 37 people that refused to get vaccinated during basic training, Stefanek said, making these entry-level separations.