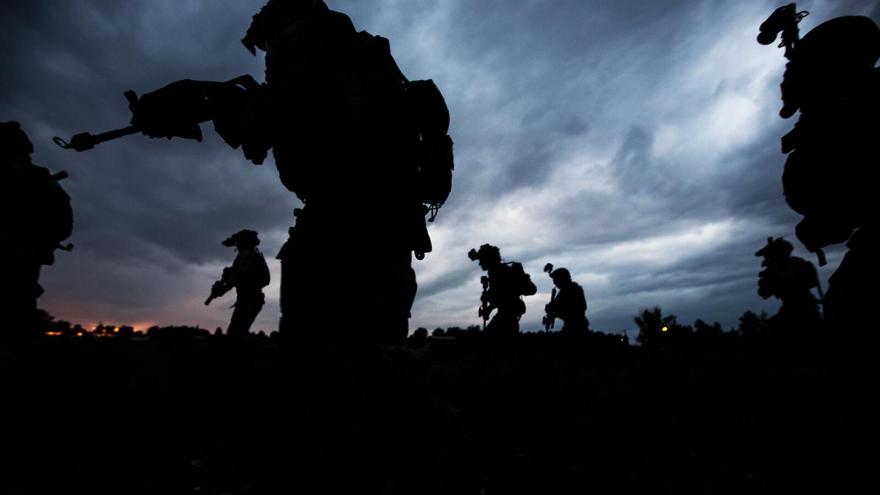 US Navy Seals rush toward a CH-47 Chinook after assaulting an objective during Sarisa 16, an annual Greek exercise near Thessaloniki, Greece, in September 2016.

(CNN) -- A Navy SEAL candidate died Friday and another was hospitalized in San Diego after completing a training phase known as "Hell Week."

The Navy said in a statement Sunday that Kyle Mullen, 24, of Manalapan, New Jersey, died at a California hospital following the training. The cause of Mullen's death is currently unknown and is under investigation, according to the statement. The injured candidate is in stable condition at Naval Medical Center San Diego.

Neither Mullen nor the injured sailor, who has not been named, were "actively" training when they began suffering symptoms, according to the Navy.

"We extend our deepest sympathies to Seaman Mullen's family for their loss," said Rear Adm. H.W. Howard III, the commander of Naval Special Warfare Command, in a statement. "We are extending every form of support we can to the Mullen family and Kyle's ... classmates."

NBC first reported on the incident.

They began suffering symptoms "several hours" after the sailors' Basic Underwater Demolition SEAL (BUD/S) class had completed Hell Week and were taken for emergency medical care, according to a statement.

Hell Week is "part of the first phase of the Navy SEAL assessment and selection pathway," according to Naval Special Warfare Command. It is considered the pinnacle of training for Navy SEALS and consists of five days in which trainees are constantly cold, hungry, sleep deprived and wet.