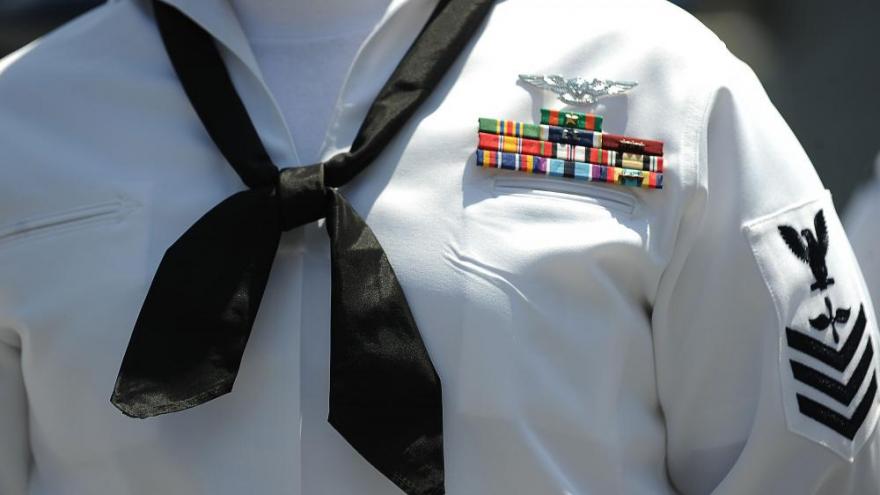 Sailors who are denied an exemption from being vaccinated against Covid-19 have five days to begin the process or face being discharged, the Navy said Tuesday, less than two weeks before the deadline for being fully vaccinated.

(CNN) -- Sailors who are denied an exemption from being vaccinated against Covid-19 have five days to begin the process or face being discharged, the Navy said Tuesday, less than two weeks before the deadline for being fully vaccinated.

Approximately 99.5% of the active-duty Navy is fully or partially vaccinated ahead of the November 28 deadline, according to Navy data. That leaves some 1,750 sailors out of nearly 350,000 who have not yet been vaccinated.

"In order to ensure a fully vaccinated force, it is U.S. Navy policy to separate all Navy service members who refuse the lawful order to receive the COVID-19 vaccination," Vice Adm. John B. Nowell, Jr., the chief of naval personnel wrote, wrote in a message to the service.

The least favorable discharge for those who refuse to be vaccinated even after being denied an exemption is a general discharge under honorable conditions, which could lead to the loss of eligibility for some VA benefits, including GI Bill benefits. The process of being discharged from the military can take multiple weeks if not longer.

During the discharge process, sailors who refuse to be vaccinated will no longer be able to promote, advance or reenlist, the Navy said, and any pending agreements will be canceled. In addition, those refusing will not receive bonuses or incentive pay. Vaccine refusal means sailors could also lose eligibility for tuition assistance and training programs for service members transitioning to civilian life.

The Marine Corps also has a November 28 deadline for full vaccination. As of last week, 94% of active duty Marines are fully or partially vaccinated.

The Air Force had the earliest deadline for full vaccination, which it passed on November 2. Nearly 97% of the active duty Air Force was vaccinated by the deadline, while thousands of airmen applied for a religious exemption as the deadline approached.

Nearly 8,500 airmen had not yet been vaccinated, of which some 5,000 had applied for religious exemptions, the Air Force said earlier this month. The Air Force had granted approximately 1,600 medical exemptions granted and another 232 administrative exemptions.

The deadline for Pentagon civilian employees to be fully vaccinated is next Tuesday, November 22.