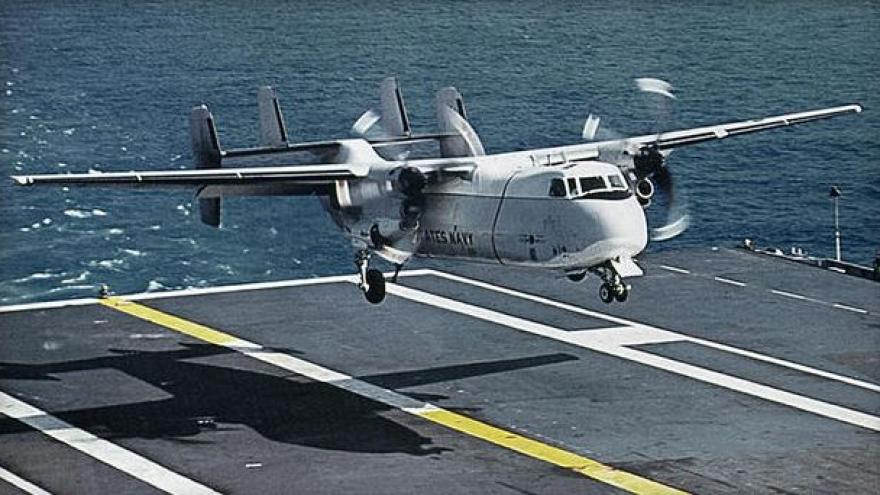 TOKYO (AP) — The Latest on the crash in the Pacific of a U.S. Navy plane flying to the USS Ronald Reagan (all times local):

The U.S. Navy says eight people who were recovered from the crash of a transport aircraft in the Pacific are in good condition and the search continues for three other missing personnel.

The Navy says in a tweet that the eight are on board the USS Ronald Reagan aircraft carrier.

Their C-2 "Greyhound" transport plane crashed while on its way to the carrier on Wednesday in the Philippine Sea, where the U.S. and Japanese navies are holding exercises.

Japan's defense minister says eight of the crew and passengers on a plane that crashed while en route to the USS Ronald Reagan aircraft carrier have been found, but it's unclear if they're alive.

The Defense Ministry says it had no information on their condition.

A spokesman quoted Defense Minister Itsunori Onodera as telling reporters Wednesday that the C-2 aircraft crashed into the Pacific about 150 kilometers (90 miles) northwest of Okinotorishima, a Japanese atoll. It was taking part in an ongoing joint U.S.-Japan naval exercise.

The U.S. Navy says the aircraft was carrying 11 crew and passengers.

The U.S. Navy says an aircraft carrying 11 crew and passengers has crashed into the Pacific Ocean while on the way to the aircraft carrier USS Ronald Reagan.

The Japan-based 7th Fleet says in a statement that the search and rescue operation has been launched from the carrier.

It says the ship was operating in the Philippine Sea when the crash occurred at 2:45 p.m. Japan time.

It says the names of the crew and passengers are being withheld pending next of kin notification.