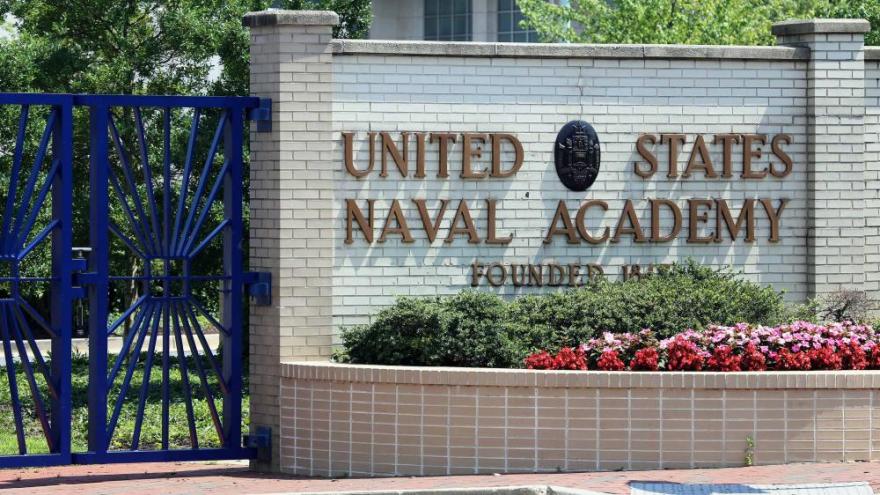 Hundreds of students at the US Naval Academy at Annapolis have received a grade of "incomplete" as the academy reviews "potential inconsistencies" in physics exams that were submitted earlier this month.

(CNN) -- Hundreds of students at the US Naval Academy at Annapolis have received a grade of "incomplete" as the academy reviews "potential inconsistencies" in physics exams that were submitted earlier this month.

The academy would not elaborate on the "inconsistencies," but the review is notable in light of reports about a major cheating scandal at the US Military Academy at West Point.

"Due to potential inconsistencies noted in the administration of the in-person proctored, computer-based final exam for Physics I (SP 211), all midshipmen who were enrolled in this course during the fall semester have received a marking of 'I - incomplete.' The Naval Academy is working to resolve the uncertainties surrounding the final examination as quickly as possible," U.S. Naval Academy Provost Andrew Phillips said in a statement.

The physics course is part of the core curriculum at the academy and the exam was taken by some 650 sophomores, which Annapolis refers to as Midshipmen, Third Class.

The exams were taken in person and submitted via computer in a room overseen by a proctor.

The students brought their laptops to the classroom in order to submit their answers into the online portal.

Online submission was "pretty rare at the Naval Academy prior to the pandemic," a spokesperson for the academy told CNN.

Currently about half the exams are taken via computer with the remainder being done on paper.

On Monday, West Point confirmed that it was dealing with the fallout from a major cheating incident involving 73 cadets, the largest cheating episode at the elite school since 1976.

Those cadets were accused of cheating on a calculus exam in May, when West Point had shifted to virtual classes due to the coronavirus pandemic.