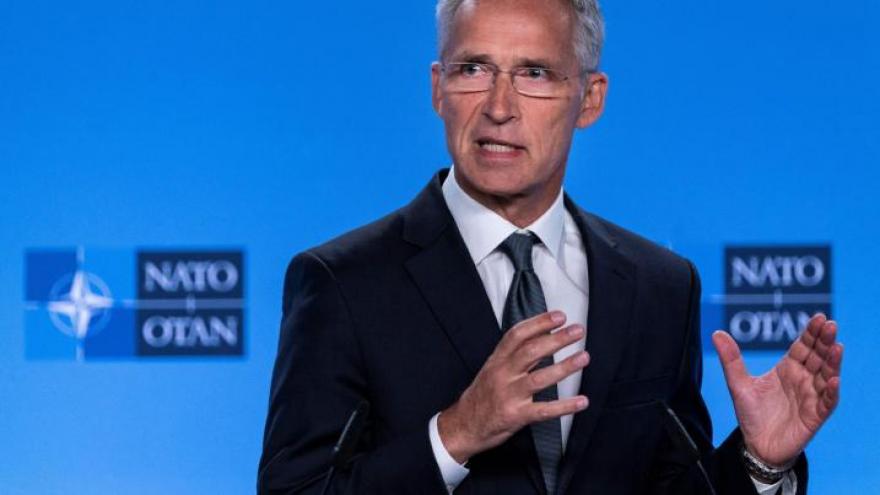 NATO Secretary General Jens Stoltenberg, pictured here at NATO headquarters in Brussels on August 2, 2019, warns against a premature withdrawal of troops from Afghanistan.

(CNN) -- NATO Secretary General Jens Stoltenberg issued a stark warning Tuesday that any premature withdrawal from Afghanistan could be dangerous, a day after CNN and other outlets reported that President Donald Trump is eyeing a troop drawdown against the advice of the nation's top military officials.

"The price for leaving too soon or in an uncoordinated way could be very high. Afghanistan risks becoming once again a platform for international terrorists to plan and organise attacks on our homelands. And ISIS could rebuild in Afghanistan the terror caliphate it lost in Syria and Iraq," Stoltenberg said in a statement to CNN.

CNN, citing two US officials familiar with the matter, reported on Monday that US military commanders are anticipating that a formal order will be given by Trump as soon as this week to begin a further withdrawal of US troops from Afghanistan and Iraq before Trump leaves office on January 20. But then-Secretary of Defense Mark Esper sent a classified memo earlier this month to the White House asserting that it was the unanimous recommendation of the chain of command that the US not draw down its troop presence in Afghanistan any further until conditions were met, sources familiar with the memo tell CNN.

It is believed that the memo, first reported by The Washington Post, is one of the main reasons why Trump fired Esper last week.

In his statement, Stoltenberg also noted that the NATO presence in Afghanistan was in support of the United States following the 9/11 attacks on the US.

"NATO went into Afghanistan after an attack on the United States to ensure that it would never again be a safe haven for international terrorists," he said. "Hundreds of thousands of troops from Europe and beyond have stood shoulder to shoulder with American troops in Afghanistan, and over one thousand of them have paid the ultimate price."

But the assessment shared by Esper from the chain of command -- Esper, US Central Command leader Marine Gen. Kenneth "Frank" McKenzie and commander of NATO's mission in Afghanistan Gen. Austin Miller -- stated that the necessary conditions had not been met. Others agreed, sources tell CNN, including Chairman of the Joint Chiefs of Staff Gen. Mark Milley.