National Spelling Bee canceled for the first time since WWII 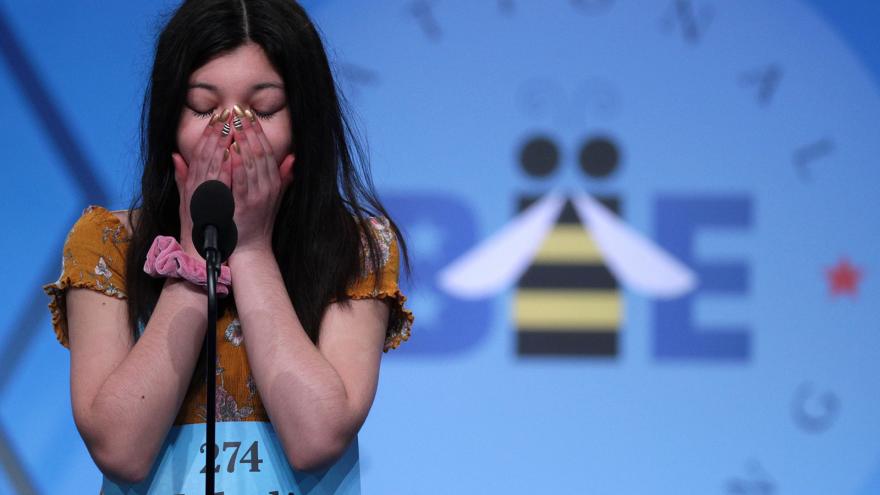 The Scripps National Spelling Bee has been canceled this year due to the coronavirus pandemic.

(CNN) -- P-A-N-D-E-M-I-C. Can you spell pandemic? Because that's the reason why the Scripps National Spelling Bee was canceled this year.

The Scripps National Spelling Bee announced Tuesday that its beloved finals event, which was planned for May 24, has been canceled "due to the ongoing concerns about the spread of the novel coronavirus."

The only other time the event was canceled was from 1943 to 1945 because of World War II.

The competition, which is only open to students in elementary and middle school, will return on June 1, 2021. However, the eighth graders who qualified this year for their last try at the national title won't be able to participate next year, spelling bee officials said.

"Our first priority has to be the health and well-being of our spellers and their families and the hundreds of staff and spectators that come together for Bee Week," Paige Kimble, executive director of the Scripps National Spelling Bee, said in a statement.

"Our hearts go out to the spellers who won't get their final shot at winning because of the pandemic and the difficult decisions it is prompting us to make," she added.

The popular event, which airs on ESPN each year, was previously suspended -- organizers were hoping to reschedule the bee for later in the year.

"The national finals is much more than a competition. Bee Week is an unforgettable experience in which spellers and their families forge new friendships that can last a lifetime... Trying to replace that experience with a stay-at-home version would pale in comparison," the website statement reads.

The cancellation is a disappointment for the spellers who qualified, but also for the people who were looking forward to watching it at home, especially after last year's epic ending.

At the 2019 event, the bee awarded an unprecedented eight co-champions after running out of words that were challenging enough for the contestants.

The event went on more than an hour and half past the scheduled time. Words included omphalopsychite, Geeldikkop and auftaktigkeit.