National Geographic says the world has a fifth ocean 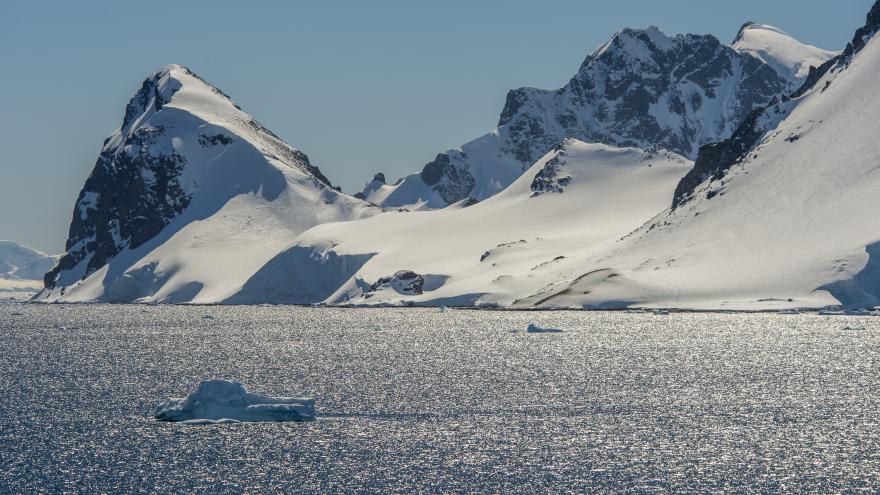 (CNN) -- Millions of children around the world have grown up memorizing basic facts about geography: there are seven continents and four oceans.

National Geographic, one of the world's pre-eminent and most visible mapmaking groups, has officially decreed the existence of a fifth ocean. Called the Southern Ocean, it's the body of water that surrounds Antarctica.

This confluence of the southernmost stretches of the Pacific, Atlantic and Indian Oceans has always been an interesting -- and sometimes contentious -- spot for oceanographers.

The decision to announce the new ocean coincides with the launch of Planet Possible, National Geographic's new initiative to inform, inspire and empower people to live more lightly on the planet.

What's in a name?

Usually, changes to world maps are the result of political changes -- for example, Czechoslovakia splitting into the Czech Republic and Slovakia, or Swaziland voting to change its name to Eswatini.

But instead of reflecting a change in the world, the Fifth Ocean is a rare example of a mapmaker making an effort to alter the planet.

National Geographic geographer Alex Tait explains why naming conventions can be so important.

"Part of mapping the world is using place names and features that are in common use among people who are describing the world, and this gets into some other things other than geopolitical naming," he tells CNN Travel.

"The oceans are one of those things, so we want to keep track of how scientists, travelers, writers, people are using place names."

Tait is quick to add that although National Geographic's prominence in the mapping world gives its official decree more weight, others have been using the term Southern Ocean already.

"Oceanographers will probably rejoice that (the Southern Ocean) will be on Nat Geo maps," says CNN's climate editor Angela Fritz. She adds: "I can't think of any earth scientists who disagree (with the designation)."

How to make an ocean

When it comes to understanding oceans, you need to start with the basics, says Tait.

"There's one world ocean and it's all interconnected," he notes.

"We're really talking about ocean regions, and there's traditionally been the four: Atlantic, Pacific, Indian and Arctic. But for many, many years, scientists and others have been using the term Southern Ocean to describe the physical region of the ocean around Antarctica."

So then, what makes the Southern Ocean different?

Tait breaks it down.

"You go from warmer waters in the Atlantic, Pacific and Indian Oceans to very cold waters around Antarctica. And then the salinity goes down. There's a distinct fauna there, so minke whales, certain kinds of seals, penguins, fish and bird life are abundant in the Southern Ocean based on those environmental factors."

Part of the motivation behind National Geographic's decision to name a fifth ocean, which was announced on World Oceans Day (June 8), was that giving a place a name can also give it status.

Ocean conservation is a huge project, and it's easier to raise awareness about the Southern Ocean than it is to do the same about "that one area of water."

Although many countries and organizations around the world recognize the Southern Ocean, not everyone is on the same page about exactly where it is.

National Geographic officially uses the 60 degree south latitude to draw the water border. However, Australia considers everything south of its country the Southern Ocean.

In addition, climate change plays a role in trying to determine where its borders could be.

French explorer and environmentalist Jean-Louis Etienne recently announced that he had invented a floating lab specifically designed for studying the Southern Ocean.

His creation, nicknamed the Polar Pod, doesn't have a motor and will float in the water at a slow speed in order to "orbit" Antarctica and gather data.

Etienne is aiming to complete and then deploy the Polar Pod by 2024. But the Southern Ocean's waters aren't empty for the time being.

The Southern Ocean Carbon and Climate Observations and Modeling (SOCCOM) project, which is run by Princeton University, has sent some 200 robotic floats into the ocean, all fitted with sensors that measure salinity, oxygen levels, chlorophyll and other environmental data.

That said, it's going to be hard for regular travelers to add the Southern Ocean to their bucket lists. Travel here is difficult, but not impossible -- basically, you'll need to join a ship going to Antarctica.

And be sure to pack your anti-nausea pills, because the water is notoriously choppy.