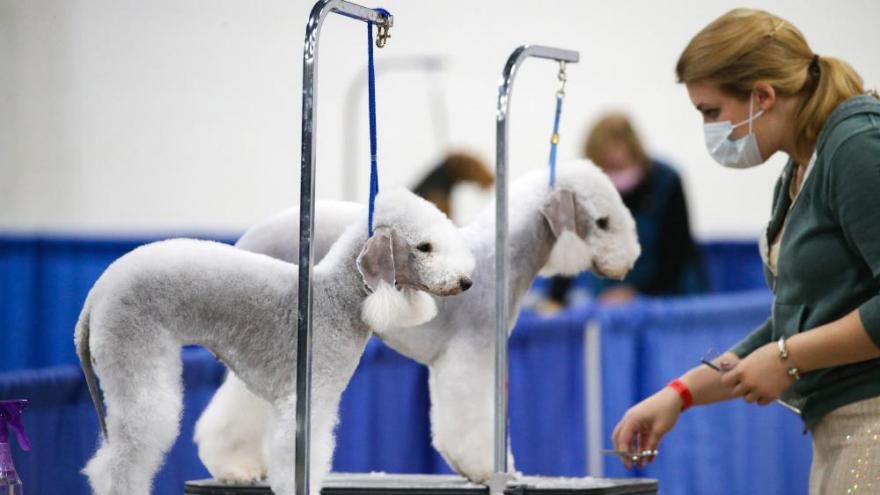 (CNN) -- While Thanksgiving may look vastly different this year, at least we can count on the National Dog Show to give us some sense of normalcy. And a break from watching football.

The annual show, hosted by the Kennel Club of Philadelphia, was held over two days on November 14 and 15 and is scheduled to air on NBC from noon to 2 p.m. ET on Thanksgiving Day, following the Macy's Thanksgiving Day Parade.

The show can also be streamed on NBCSports.com or on the NBC Sports app which is available on mobile and connected devices, including Roku, Apple TV and Amazon Fire.

As with many large events held this year, organizers were forced to make some adjustments this year to comply with Covid-19 health and safety protocols.

There were no spectators allowed inside the venue and the wearing of masks and social distancing were "strictly enforced."

Only 600 dogs were allowed to compete, instead of the usual 2,000. The club conducted only one official show divided into two days (usually the event is separated into two shows over the course of the weekend).

This year's show will also introduce three new dog breeds: the Barbet, the Belgian Laekenois and the Dogo Argentino, according to NBC.

"The National Dog Show has been a beloved holiday tradition for families across the nation since its first broadcast (on NBC) in 2002 ... offering the country's 65 million pet-owning households a full afternoon of fun entertainment while raising money for canine-related causes," NBC said in a news release.

The show was founded by The Kennel Club of Philadelphia in 1879 and has been held annually since 1933. Actor John O'Hurley and Director of Communications for the Westminster Kennel Club David Frei will take on the roles as hosts again, having co-hosted together since the National Dog Show first aired on NBC in 2002.