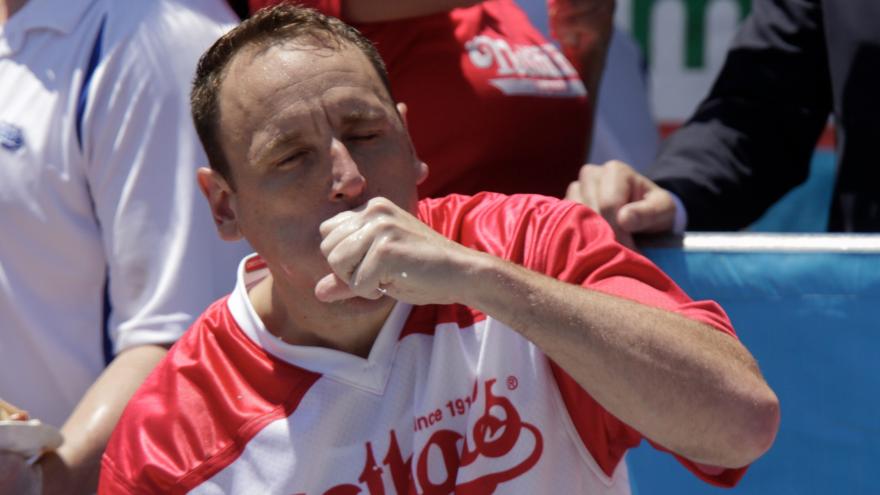 (CNN) -- Coronavirus has postponed concerts, canceled sporting events and basically upended life as we know it.

The annual contest, which takes place every year in in Coney Island on the Fourth of July, has announced it will go on as planned this year, though sans fans.

Contestants will compete with other Covid-19 safety measures, CNN affiliate WLNY reported, like only having five eaters at a time rather than the usual 15.

"2020 has been a year for the history books, and the realization that this storied July 4 tradition would be able to occur, is a great feeling," James Walker, Nathan's Famous Senior Vice President, Restaurants, told CNN affiliate WABC. "With that being said, our country and our world has endured so much in the last couple of months, that we'd be remiss if we didn't use this moment to honor those that have done so much for each of us during this time."

The first recorded contest was held in 1972, according to Nathan's Famous website.

But the first ever unofficial contest was in 1916, when "four immigrants gathered at the very first Nathan's Famous hot dog stand in Coney Island and made eating contest history," Nathan's Famous says on its website. "As the story goes, they were competing to see who was the most patriotic. How did they determine the winner? With a hot dog-eating contest, of course!"

The contest, like always, will be a 10-minute sprint where competitors will eat as many hot dogs as humanly possible. According to WABC, the contest will be one of the first major televised post-Covid competitive events to be held in the US.

Last year, Joey Chestnut ate 71 hot dogs on the men's side, while Miki Sudo on the women's side put down 31.

Chestnut has held the title of reigning champ a total of nine times -- for eight consecutive years from 2007 to 2014 and again in 2016, according to Nathan's Famous. He holds the record for most hot dogs eaten: 73 franks.