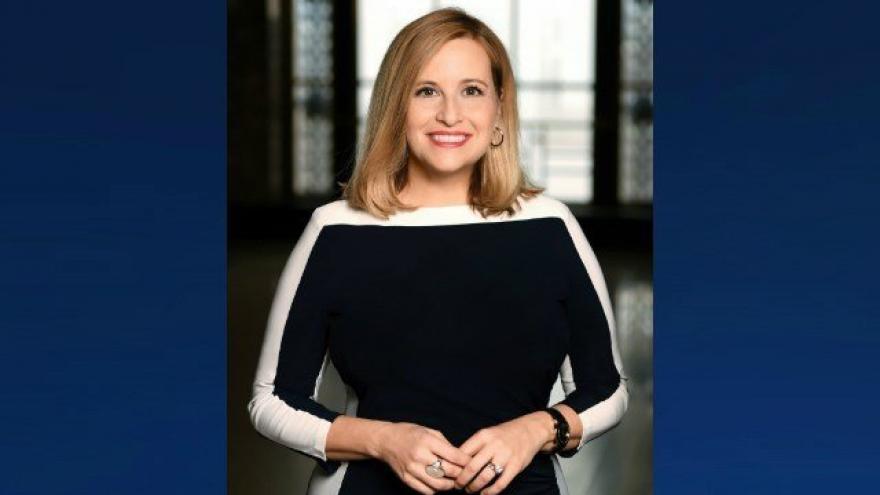 NASHVILLE, Tenn. (AP) — Mayor Megan Barry, a one-time rising star in the Democratic Party with big plans to remake Nashville, resigned Tuesday after pleading guilty to cheating the city out of thousands of dollars as she carried on an affair with her bodyguard.

The resignation marked a swift fall for Barry, who stunned the city in late January by confessing to an extramarital relationship with the former head of her security detail.

"While my time today as your mayor concludes, my unwavering love and sincere affection for this wonderful city and its great people will never come to an end," the 54-year-old Barry said at a news conference shortly after appearing before a judge. She did not take questions.

Barry and her former bodyguard, police Sgt. Robert Forrest, separately pleaded guilty to felony theft. Barry's resignation was part of a plea bargain with prosecutors. She and Forrest were sentenced to three years' probation.

The mayor also agreed to reimburse the city $11,000, while Forrest will return $45,000 that authorities said was paid to him in salary or overtime when he was not actually performing his duties as security chief.

In court, Barry didn't say how she stole money from the city, but investigators have said they believe she engaged in the affair while she was on city-paid trips and Forrest was on the clock.

Authorities found two nude or partially nude photos of a woman that were taken by Forrest's phone while he was on duty. The photos were shot last May and October, on days that Barry's travel schedule shows she was on trips to Washington.

The Tennessee Bureau of Investigation did not identify the woman in the pictures, and Barry has said that if the photos are of her, they were taken without her knowledge.

Vice Mayor David Briley, a fellow Democrat, succeeds her as mayor. A special election to choose a new mayor will be held Aug. 2.

Barry was riding high when news broke that she had been having an affair with Forrest, whose wife filed for divorce soon after the relationship became public.

At the time, Barry apologized, denied breaking the law, rebuffed calls for her resignation, and said her husband, Bruce, remained committed to their marriage.

Barry's admission followed the painful loss of the Barrys' only child, Max, in July after an overdose on a combination of drugs, including opioids.

"This is a very bad day. And I'm going to have several more bad days. But this is not my worst day," Barry said in January. "And I will tell you I know the difference between a mistake — I made a serious mistake — but this is not a tragedy."

Elected in 2015, Barry maintained a high profile in the city, appearing routinely at concerts and other events and spearheading a successful effort to bring professional soccer to Nashville. She was the point person for a $5.4 billion transit plan that Nashville voters will consider in a referendum in May.

Before becoming mayor, Barry earned an MBA from Vanderbilt University and was an ethics and compliance officer in the telecommunications and health care industries.

Barry said their affair began in the spring of 2016, according to court papers. She has said the relationship is over but has not disclosed when it ended.

Forrest, who had spent more than 31 years with Metro Nashville Police and supervised the mayor's security detail over three administrations, has retired.

Briley, in a statement, called it "a hard day for Nashville" but said Barry's resignation "will enable us to regain focus on the important work of our city."

He promised transparency and said he will work to restore the public trust.