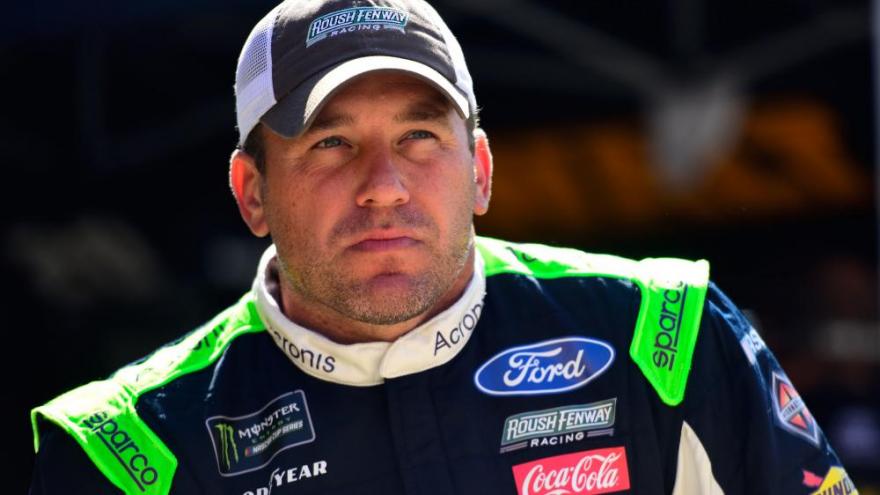 Ryan Newman at Bristol Motor Speedway on August 16, 2019 in Tennessee.

(CNN) -- NASCAR driver Ryan Newman says he has no memory of his horrific crash in the Daytona 500, nor does he remember his hospital stay until he was leaving with his kids.

"I was medically treated to not know (about my condition.) They were trying to keep me in a somewhat of a medically-induced coma from what I've been told, and that medicine kind of zoned me out, so I really don't have any memories or recollection of any of my crash until I actually had my arms around my daughters walking out of the hospital," Newman said during a news conference on Thursday.

In February, Newman was leading the final lap of the race when he was involved in a fiery crash that saw his car spin and go airborne, flipping several times. The 42-year-old driver was hospitalized for two days with serious but non-life threatening injuries.

On Thursday, he told reporters he watched video of his crash after he left the hospital and couldn't believe it.

"I watched the crash and had to make myself believe what I had went through," Newman said. "I really looked to my dad to say, 'Hey, did this really happen?' Like it was kind of there's no déjà vu when there's no deja. It was just kind of like, 'All right, I believe you.' It's crazy. I'm happy I'm here."

Newman was asked about what happened inside the car that allowed him to survive, and he credited "the safety of the race car, the safety of my helmet, my equipment."

"They always say things happen for a reason and this year was the year," Newman said. "It's only the fourth race I had on a brand new style of helmet -- it's a carbon fiber zero helmet that I was wearing -- the second time I'd worn it in Cup competition."

He also gave credit to the crew that helped retrieve him from the crushed car.

"Everything aligned in so many ways," he said.

"The safety workers, the personnel that were involved, that were inside the car with me, spent time with me during and after the crash, every layer of it there was multiple miracles -- big miracles and little miracles, in my opinion -- that aligned for me to be able to walk out days later with my hands around my daughters and to be thankful, so I can't answer all of those things and I don't think anybody can when miracles do happen, but we need to be thankful for that -- at least I am."

NASCAR returns to race action in Darlington, the site of Newman's favorite race track, and this will be his first race since his crash at Daytona. Newman will make his 22nd Cup Series start at Darlington on Sunday, a track he has 13 top-10s at with seven top-five finishes.

"I'm hoping to do every lap and then one more after that," Newman -- who was cleared to return to racing April 28 -- said of Sunday's upcoming race. "I think they are having a victory lap still. I was ready to do that in Daytona."