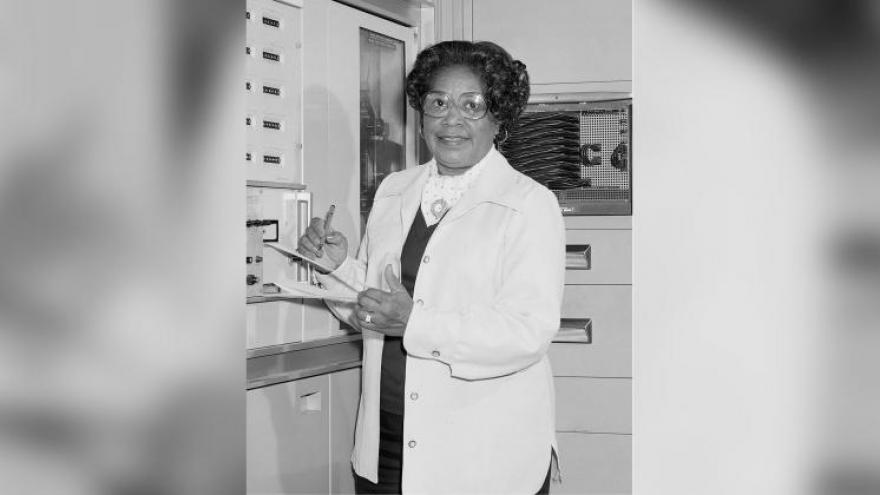 (CNN) -- The name of Mary Jackson, NASA's first African American female engineer and one of the barrier-breaking inspirations for the book "Hidden Figures," will officially adorn the space agency's Washington, DC, headquarters Friday.

NASA announced its decision last year to name the building in Jackson's honor. Members of her family, including granddaughter Wanda Jackson, are expected to be at Friday's renaming ceremony along with Acting NASA Administrator Steve Jurczyk, the agency announced. Jackson died in 2005 at the age of 83.

The renaming ceremony is scheduled for 1 p.m. ET and will air live on NASA's website, social media accounts and app.

Jackson worked at NASA for 34 years, starting as a research mathematician, and eventually became the agency's first Black female engineer. She later moved into administration and worked at NASA's equal opportunity office, leading programs that influenced the hiring and promotion of female mathematicians, engineers and scientists.

Jackson was one of the subjects of the book "Hidden Figures," which was turned into the 2016 film of the same name, starring Janelle Monáe as Jackson and detailing the contributions of the Black women to an early spaceflight.

The women were so-called human computers who did the complex calculations that made space travel possible. They played pivotal roles in World War II aircraft testing, supersonic flight research, and sending the Voyager probes to explore the solar system. They also helped land the first man on the moon in 1969.

"NASA facilities across the country are named after people who dedicated their lives to push the frontiers of the aerospace industry. The nation is beginning to awaken to the greater need to honor the full diversity of people who helped pioneer our great nation," former NASA Administrator Jim Bridenstine said in a news release last year announcing the renaming plans.